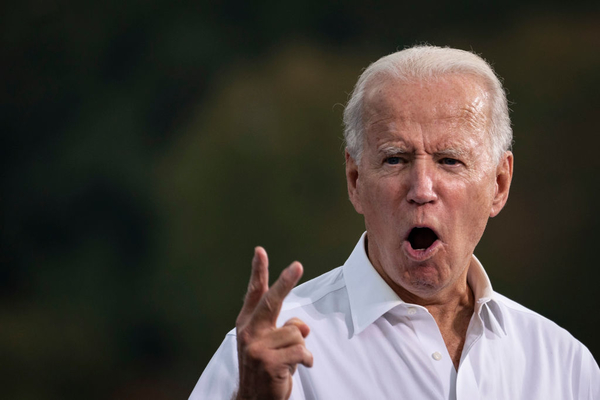 (Big League Politics) – The United States Senate plans to vote this week on a resolution that will nullify Joe Biden’s Covid-19 shot mandate for private companies, as some Republicans and even Democrat Joe Manchin push back on the administration’s rule that forces jab mandates and other draconian measures on businesses.

“I do not support any government vaccine mandate on private businesses,” Manchin said Thursday after voting to block an amendment to a government funding bill that would cancel public and private vaccine mandates.

Some Republicans believe that Democrat Arizona Senator Kyrsten Sinema may vote for the Braun resolution. Sinema reportedly declined to state her position on the vote in an interview with CNN last week.

The resolution has a very strong chance of passing in the senate as it only requires a simple majority to succeed.

Republican House Minority Leader Kevin McCarthy warned Friday that it is unlikely the bill would come to vote in the House with Democrat House Speaker Nancy Pelosi in charge.

“The challenge is how you bring it up on the floor,” he told reporters. “We’re not in the majority. We don’t control it.”

R Street Institute resident senior fellow for governance James Wallner said any votes on legislative efforts against vaccine mandates are unlikely to have any actual effect, regardless of whether they are done now or in the near future.

“Whatever does happen either now or in the new year is going to be choreographed. It’s going to be something that’s set up in the Senate, almost always with unanimous consent between the two leaders,” Wallner said. “I would imagine that you will see, for instance, votes in the Senate that create the illusion that something like a vaccine mandate ban could pass before you’ll see an actual policy like that pass.”

He added: “They’ll set like 60-vote thresholds on them, they’ll structure the process. If they can’t block the vote entirely, then they’ll create a process whereby… the price of getting your vote is that you lose.”

Big League Politics has previously covered Joe Manchin’s occasional willingness to stand up against the radical left Democrat Party, including his publicly stated opposition to eliminating the filibuster and against efforts to massively overhaul and weaken our election systems in the recent past.