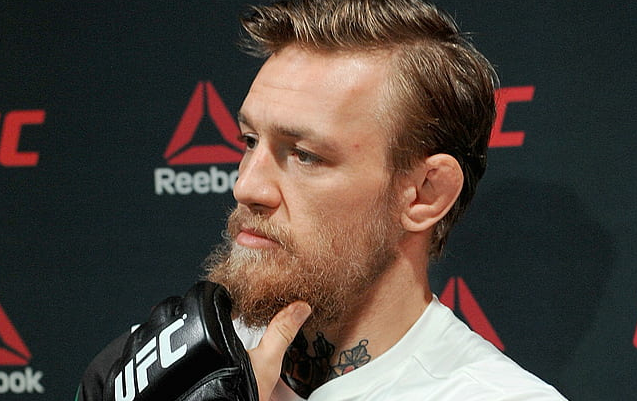 (Big League Politics) – UFC star Conor McGregor has described “forced” vaccinations as a “war crime” and criticized the European Union and its “lapdogs” in the Irish government.

McGregor, is the third fighter in UFC history to win the title in two weight classes (featherweight and lightweight) and highest pay-per-view selling fighter in MMA history, made the statement following Teachta Dála (Member of Parliament) Neale Richmond’s attempt to strike back at the Irish fighter’s controversial statement.

As Jack Montgomery of Breitbart News noted, Richmond is a member of the governing Fine Gael party, who responded to McGregor’s initial statement where he suggested that Ireland should leave the EU by using the fighter’s notorious “You’ll do nuttin’” catch-phrase against him.

“Economic partnership should not mean political surrender. Bailed out and locked in we were, and it was handily done. Lenihan was threatened and folded. Stockholm syndrome comes to mind,” McGregor declared. The UFC fighter was alluding to the infamous Trichet letters which exposed the European Central Bank’s (ECB) decision to pressure then-finance minister Brian Lenihan into accepting a controversial bailout in 2010.

He expanded on this point after quote tweeting an anonymous user who said the UFC fighter was talking “complete drivel” and told him to “stick to MMA”.

“You think forcing people to inject something into their body is not a crime? People must have the right to choose,” McGregor added.

“An attempt to mandate vaccine is coming, per the head of the EU. I cannot agree to this. I know our lap dogs in power will just do as they are told.”

McGregor ended up deleting a large portion of his tweets in order to dial down the tension he generated.

For a sports league, the UFC is among the least woke in the entire field. Its president Dana White has separated himself by not implementing mandatory vaccination policies for UFC fighters.