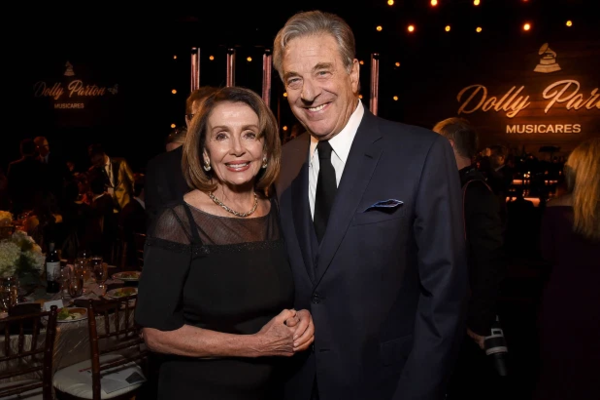 The Biden Pentagon abruptly announced the cancellation of its multi-billion JEDI cloud services contract with Microsoft, and a new one would start that Amazon could compete for.

Amazon favored winning the JEDI contract after single cloud infrastructure was first conceived in 2017; however, Microsoft was awarded the contract in 2019. Amazon sued, arguing the loss was due to then-President Trump’s dislike of Amazon CEO Jeff Bezos. It was found by the Pentagon inspector general report that Trump did not interfere.

The Pentagon said the new contract, “Joint Warfighter Cloud Capability” or JWCC, would be “multi-vendor” and “multi-cloud” and explicitly named Microsoft and Amazon as the two top contenders:

The Department intends to seek proposals from a limited number of sources, namely the Microsoft Corporation (Microsoft) and Amazon Web Services (AWS), as available market research indicates that these two vendors are the only Cloud Service Providers (CSPs) capable of meeting the Department’s requirements. However, as noted in its Pre-Solicitation Notice, the Department will immediately engage with industry and continue its market research to determine whether any other U.S.-based hyperscale CSPs can also meet the DoD’s requirements. If so, those departments will also negotiate with those companies.

Following the decision, John Sherman, Acting Chief Information Officer of the Pentagon, said it is not guaranteed that Amazon and Microsoft will “likely” be awarded parts of the new contract.

After the announcement — which coincided with the first day of Amazon’s new CEO, Andy Jassy — Amazon stock prices closed on a record high.

The decision was welcomed in a statement by an Amazon spokesperson:

“We understand and agree with the DoD’s decision. Unfortunately, the contract award was not based on the merits of the proposals and instead was the result of outside influence that has no place in government procurement.”

“We believe this is a clear positive for Amazon and potentially negative for the third-party data centers,” Raymond James analysts wrote in a note about the Pentagon’s decision, according to MarketWatch. “We believe the shift to Amazon further cements its position as a leading cloud provider, particularly to government agencies.”

In the weeks before, the House Judiciary Committee voted on the anti-trust legislation aimed at Apple, Amazon, and Alphabet’s Google- meaning to limit the organization and offering of their products. Paul exercised call options, according to the financial disclosure forms provided by Nancy.

Paul was “exercising call options to acquire 4,000 shares of Alphabet, the parent company of Google, at a strike price of $1,200. The trade netted him a $4.8 million gain, and it’s risen to $5.3 million since then as the shares have jumped,” according to Bloomberg.

In a statement, Drew Hammill, Nancy’s spokesman, said, “The speaker has no involvement or prior knowledge of these transactions” and does not own any stocks herself.

In June, Nancy said she supports anti-trust bills to hold companies accountable. “Congress is not going to ignore the consolidation that has happened and the concern that exists on both sides of the aisle.” She added that the job Congress has is to “the consumer and competition.”

Financial disclosure forms must be filed within 30 days and no more than 45 days after the transaction. Pauls’s transactions are not suspected of breaking any laws or violations.