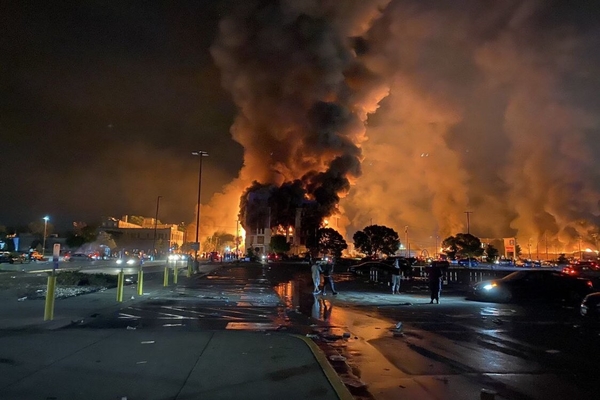 The results of the third night of rioting in Brooklyn Center, Minnesota. Police have arrested more than 60 protesters.

According to the Minneapolis Star-Tribune, Minnesota State Patrol Chief Matt Langer told reporters officers arrested “upward” of people after protesters threw bottles of alcohol, bricks, cans, and other items at police. The chief displayed examples of the things that struck multiple officer’s helmets.

Peaceful protests began at about 4:30 on Tuesday; the crowd started at the FBI Field Office building and then moved to the police station.

At the time of curfew, police estimated the crowd at about 800-1,000 people. State police and National Guardsmen stood behind freshly erected fence installed to guard the police station.

The police declared the assembly unlawful and ordered the crowd and media to disperse the area at 8:30 pm.

Officers began moving the crowd down the street while making arrests.