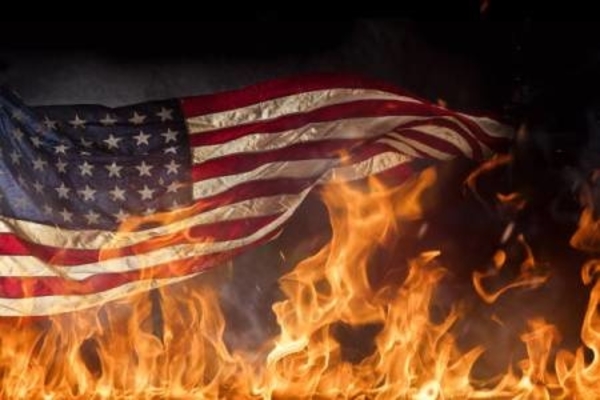 (Big League Politics) – Rep. Paul Gosar (R-AZ) is telling his followers to “go to Gab” after Twitter initiated a massive purge of popular and edgy right-wing accounts on the monopoly social media platform.

Gosar’s comments come in response to a massive purge by Twitter of dozens of nationalist accounts as the tech giant fully embraces its role as Big Brother under its new foreign-born CEO.

No pretext could ban all of these accounts at the same time. Some kind of new banning algorithm has been deployed, probably using network analysis to suppress an entire cluster at once. pic.twitter.com/KUinpb9FGi

F for the fallen pic.twitter.com/iMEZKXpX8I

The official Twitter account for Gab noted that the censorship is only causing their pro-free speech alternative to grow faster:

Big League Politics has reported on how the new Twitter CEO immediately set the stage for expanding censorship after ascending to his role:

Twitter is banning all “private media” from being shared on the platform without consent. This policy is being sold as a way to protect the privacy of its users, but knowing how the tech giants operate, it will likely be used to protect left-wing scum and not apply to right-wing dissidents.

“There are growing concerns about the misuse of media and information that is not available elsewhere online as a tool to harass, intimidate, and reveal the identities of individuals. Sharing personal media, such as images or videos, can potentially violate a person’s privacy, and may lead to emotional or physical harm,” Twitter wrote in their announcement of their new policy.

“The misuse of private media can affect everyone, but can have a disproportionate effect on women, activists, dissidents, and members of minority communities. When we receive a report that a Tweet contains unauthorized private media, we will now take action in line with our range of enforcement options,” they added.

“Feeling safe on Twitter is different for everyone, and our teams are constantly working to understand and address these needs. We know our work will never be done, and we will continue to invest in making our product and policies more robust and transparent to continue to earn the trust of the people using our service,” the tech monolith wrote.”

The market will reward alternatives that support freedom, such as Gab, as the tech monopolies grow more repressive and Orwellian.