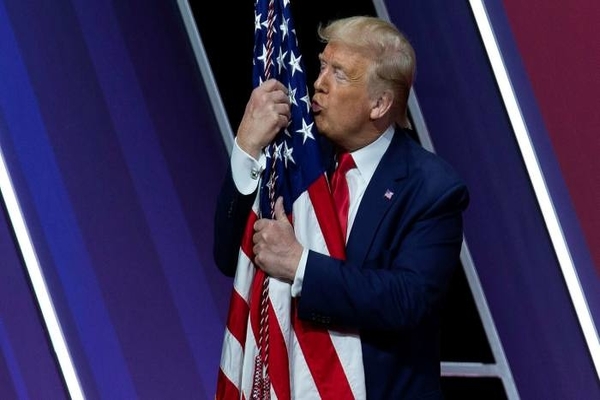 If the 2024 election was today, the Republicans are in a tie. A survey from GOP pollster Tony Fabrizio says Florida Governor Ron DeSantis and former Vice President Mike Pence are tied for the “ second choice.”

Voters were asked to choose their “second choice “in the Republican Primary for president.  The results showed both Desantis and Pence tied with 22 percent each.

Pence leads in a scenario absent of Trump, with 19 percent support.  DeSantis follows with 17 percent, with the survey’s +/- 2.7 percent margin of error.

Fabrizio said, at this point, it is “clear” former Trump’s supporters will “gravitate towards” candidates such as Pence, DeSantis, and Cruz if he chooses not to run.

“No question at this juncture that President Trump would dominate the 2024 field with no potential challenger even breaking onto double digits,” Fabrizio said, according to Politico.

As DeSantis continues to lead the way in open and free states.   Many blue states continue with restrictions due to covid.

“There are not a whole lot of Floridians who are itching to move from Florida to lockdown states, but there are thousands and thousands of people who are seeking to leave the lockdowns behind for the greener pastures in Florida,” the Republican governor said during this week’s State of the State address.

“We have long been known as the Sunshine State – but, given the unprecedented lockdowns we have witnessed in other states, I think the Florida sun now serves as a beacon of light to those who yearn for freedom,” he added.

Lifting mask mandates and other restrictions this week are Texas and Mississippi.