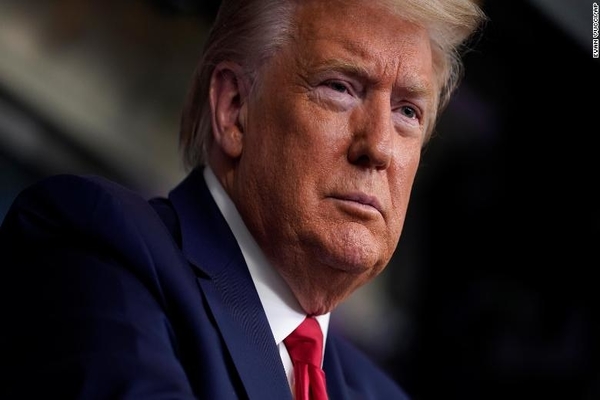 (The Post Millennial) – Former President Donald Trump initially announced a press conference at his Mar-a-Lago home on the one-year anniversary of the Jan. 6 Capitol riot.

The event was something that, in the meantime, current President Joe Biden announced he’d be giving a speech of his own as well.

The reasoning behind Trump’s decision was laid out in a press release. In it, he explains the “bias and dishonesty” from House Speaker Nancy Pelosi’s Jan. 6 committee and that the corporate media led him to make the decision.

But Trump said this is only a momentary delay, as his Jan. 15 rally in Arizona gives him the chance to talk about what was planned for the Jan. 6 event at Mar-a-Lago.

Trump laid out some questions he had about the House’s Jan. 6 investigation: “Why did Adam ‘Shifty’ Schiff forge and change the statement of Congressman Jim Jordan without any consequence? Why will Crazy Nancy Pelosi not provide her communications with the House Sergeant-at-Arms and the House Chief Administrative Officer, or promise to retain these vital messages, which many she has already destroyed — perhaps illegally? Also, why is the primary reason for the people coming to Washington D.C., which is the fraud of the 2020 Presidential Election, not the primary topic of the Unselect Committee’s investigation?”

The Committee is seeking information from Sean Hannity.

Chair @BennieGThompson and Vice Chair @RepLizCheney request Hannity answer questions about matters including communications between Hannity and the former President, Mark Meadows, and others in the days surrounding Jan 6th. pic.twitter.com/wXtOGSsneg

For context, after failing to impeach Trump after the Capitol riot, Democrats tried passing a formal probe panel investigating Jan. 6, 2021. While clearing the House, the Senate didn’t pass it. Pelosi continued forward with the project anyway.