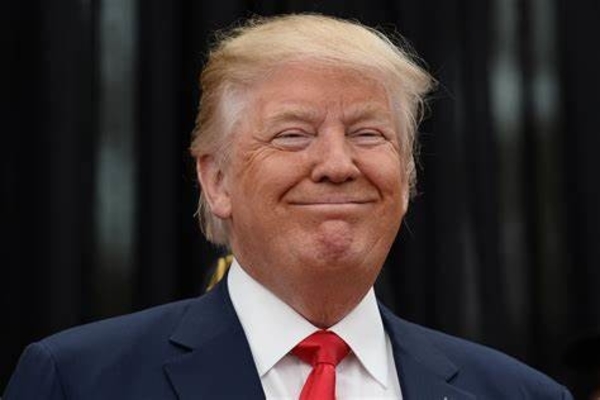 Former President Trump’s statement called the Biden administration “crooked,” and the sketchy but lucrative art career of Hunter Biden was mocked, saying that the first son had inspired him to pick up a palette.

“While I have never painted before, Hunter has inspired me to immediately begin painting because I’ve always felt I have a talent at that and could surely get at least $2 million dollars per canvas—and probably a lot more. I will begin immediately. Our Country is crooked as hell!” the 45th president said.

Reportedly, the president’s son sold at least five pieces during his Oct 1 Los Angeles exhibit to anonymous buyers for $75,000 each. As money laundering in the art world is a real problem, Hunters cash cow has led to further concerns about Biden family corruption.

“We still do not know and will not know who purchases any paintings, and the president remains proud of his son,” White House press secretary Jen Psaki said, despite White House ethics experts’ concern about the arrangement between Hunter Biden and his gallerist to keep buyers anonymous.

“Isn’t it terrible that all of Andrew McCabe’s benefits, pensions, salary, etc., were just fully reinstated by the Justice Department? This is yet another mockery to our Country,” Trump said. “Among other things, McCabe’s wife received hundreds of thousands of dollars in campaign contributions from Hillary Clinton and the Democrats while Crooked Hillary was under investigation, which was quickly dropped, of course.”

Trump called recent events a “bad chapter” for the “once-storied FBI” and said the institution’s decline is sad because “so many GREAT people work there.”

“Next thing you know the two lovers, Peter Strzok and Lisa Page, will be getting awards for what they did, and Hunter Biden will be given a clean bill of health on everything done by him, with everyone to receive as payment a beautiful Hunter Biden inspired painting selling at your local art gallery for $500,000,” he said.