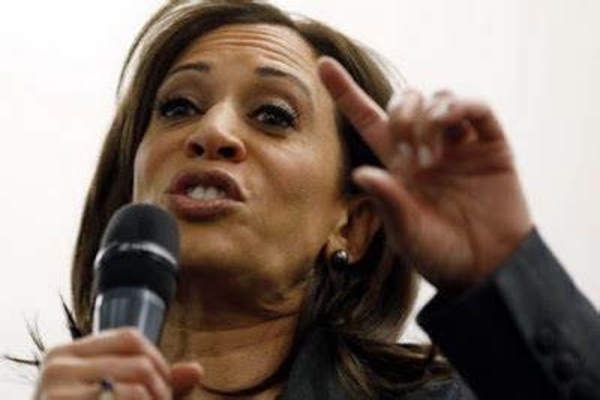 Aides for VP Harris are in panic mode, stating she is “fucking up” and “shouldn’t be the heir apparent” for the presidential race of 2024 because she “could not defeat whomever the Republican Party puts up.”

Axios reported, “One Democrat operative” said the 2024 concern is that “most Democrats aren’t saying, ‘Oh, no, our heir apparent is f***ing up, what are we gonna do?’ It’s more that people think, ‘Oh, she’s f***ing up, maybe she shouldn’t be the heir apparent.'”

Other White House aides said the VP office is a “shitshow” with “poorly-managed… people who don’t have long-term relationships with her,” an overall “operation sometimes visibly out of sync with Biden’s,” reported Axios.

“2024 is the elephant in the room,” Axios reports. “While Biden aides overwhelmingly believe he’ll be the Democratic nominee, they also know he’d be 81 when seeking re-election.”

However, “many Democrats, including some current senior administration officials, are concerned she [Harris] could not defeat whomever the Republican Party puts up — even if it were Donald Trump.”

The climax of the conflict seems to start before and during the border trip, when she committed “missteps during a recent trip to the U.S.-Mexico border, including an interview with NBC’s Lester Holt.” She stated she had not visited the southern border crisis and that she has not toured Europe either.

Once the decision was made for Harris to go to the border, “people inside her own office were blindsided by the news,” as multiple aides started “scrambling, including officials who were responsible for making travel arrangements and others outside the VP’s office charged with crafting the messaging across the administration,” Politico reported on Wednesday.

Many of the establishment Democrats have tried to extinguish the fires for Harris.

Ron Klain, White House chief of staff, told Axios, “The President’s trust and confidence in her is obvious when you see them in the Oval Office together.”

Tina Flournoy ran my office for more than eight years, making it more efficient, effective, and transparent. She made it easier, not harder, to advance my philanthropic work and my post-presidential activities and keep in touch with my friends.

She has a unique ability to focus on the big picture and adapt to changing conditions. And she does it all with a great sense of humor and an unwavering belief that we all have an ability and an obligation to make a difference. She’s an extraordinary person, and I’m so fortunate and forever grateful to have had her as my chief of staff.

Matt McKenna, Clinton’s spokesman who had worked with Flournoy, praised her for “helping create a much-needed structure for Clinton’s office.”

As Democrats defend the vice president and her chief of staff, the Atlantic magazine published a profile piece on Pete Buttigieg on June 9th, plotting his path to the presidency.

The Atlantic article laid out Buttigieg’s potential path to 2024, which he also sought in 2020:

Here’s the winner of the 2020 Iowa caucus, living out his grand political plan to … how exactly would it work? Something like: He takes an inherently snoozer job as a low-ranking Cabinet official, spends a few years quietly kissing up to mostly forgettable members of Congress with talk about railroads and broadband, and going on TV to defend the administration. Along the way, he counts on Biden not to run again and Kamala Harris not to emerge as Biden’s natural heir. If everything comes together perfectly, the former mayor of South Bend, Indiana, becomes the first president since Herbert Hoover to have come out of the Cabinet.