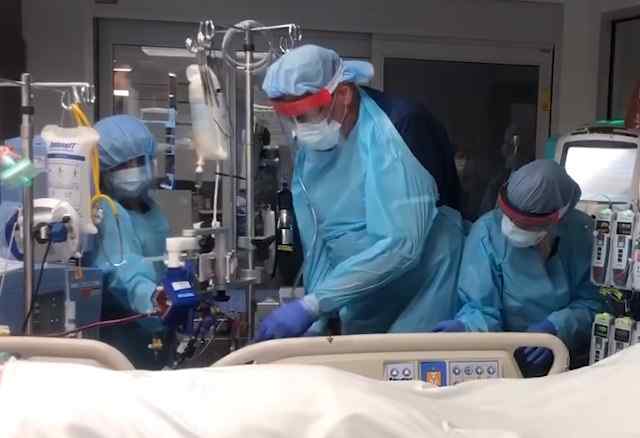 (The Post Millennial) – An epidemiologist who blew the whistle on the World Health Organization’s alleges that he has been met with retaliation for having told the truth. Dr. Francesco Zambon in May filed an internal ethics complaint claiming that he was pressured into falsifying data by a senior official with WHO.

As the WHO’s chief field coordinator for Italy, Zambon co-authored a report that explored Italy’s response to the pandemic. Italy became the initial locus of the pandemic in Europe in February, and images of their struggling healthcare system spread around the world.

Zambon’s job was to explain, with the report, how Italy could have avoided its fate. That report showed that Italy was not pandemic prepared at all, given that their plan was too old to be effective. Zambon said that Italy’s reaction was “improvised, chaotic and creative.”

Zambon said that he was told to obfuscate the fact that Italy’s pandemic response plan was almost 15 years old, not having been updated since 2006. Italy’s plan had been in place to safeguard against a potential flu epidemic.

He didn’t want to end up in a disagreement with the WHO, and said that he is suffering under the isolation and retribution that followed his unwillingness to remain silent on what he saw as direct and flagrant violations.

The report from Zambon was removed by the WHO right after it went up, on May 14. The WHO never reposted the article, saying that it had “factual inaccuracies,” though it did not note what exactly those were. According to Zambon, the only problem with the report was that it contained an “out-of-date-timelines of the virus in China.” Though he removed that bit, the article was not republished.

The AP reports that the WHO did not respond to a request for comment about Zambon’s report, its removal, or the retaliation he said he has experienced.

He said he was pressured by assistant director general Dr. Ranieri Guerra, liaison to the Italian government, who told Zambon via email to “correct” the date of Italy’s pandemic preparedness plan to say that it was “last updated in 2016.” Zambon said that Guerra later threatened him over the correction by phone.

Guerra claimed that the plan had been updated under his leadership at the Italian Health Ministry in 2016, but Zambon said that since the 2016 plan was a replica of the 2006 plan, he couldn’t accurately say that it had been updated.