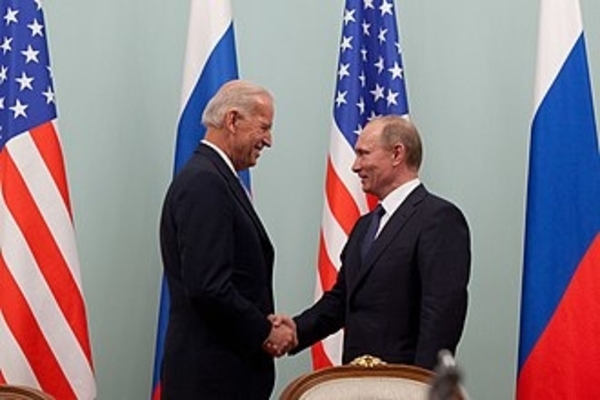 Without denying the allegation directly, on Friday, the White House Press Secretary said that the administration gave $150 million in aid – including “lethal aid” – to Ukraine last week and had spent the amount that Congress appropriated.

The allegation concerned a separate package, said to be shelved by Biden aides.

If the allegation — reported by the Washington Post and confirmed by Politico — is true, then what Biden did is far worse than what Trump did in 2019, when he was accused of withholding military aid from Ukraine until it investigated Joe Biden corruption. Trump had already provided crucial Javelin anti-tank missiles months before the hold on additional “security assistance” to Ukraine Moreover, the aid that was withheld was future funding, not ongoing funding.

One thing Trump had provided, which the Obama-Biden administration never did, was “lethal” aid that would make a difference in Ukraine’s fight to defend its borders from Russian invasion.

The article was met with criticism from several Republicans, some of whom equated it to the Trump administration’s freezing some $400 million in military aid to Ukraine in 2019. Trump was impeached that same year on a charge he abused his power by withholding the assistance to try to force Ukraine to investigate then-candidate Biden and his son Hunter Biden’s dealings in Ukraine.

Sen. Marco Rubio (R-Fla.), who voted to acquit Trump of the charge in early 2020, tweeted: “Remember when freezing military aid to Ukraine was an impeachable offense?”

“After this week’s summit, this is an absolute surrender and concession from President Biden to Vladimir Putin and Russia. Joe Biden is shamefully turning his back on our Ukrainian allies,” Rep. Elise Stefanik (R-N.Y.) said.

According to reports, Biden did kill a new package of “lethal” aid to Ukraine only days before his summit with Putin.

Bidens and actions and words divide drastically. Biden has continued to give concessions to Russia while frequently disregarding Ukraine since taking office in January.

Biden gave Putin a five-year extension of the notoriously one-sided New START nonproliferation treaty, though Putin had only asked for one.

Biden also gave the green light to Russia’s Nord Stream 2 pipeline, which Trump had opposed resulting in a significant financial loss to Ukraine.

Reports suggest the Biden administration may have canceled new aid after Russia “announced it would draw down troops stationed near Ukraine” before the summit with Biden. Future help could arrive too late if Putin brings back troops.

Biden left an ally to the U.S. weakened to smooth over relations with Putin. Trump was impeached for less.