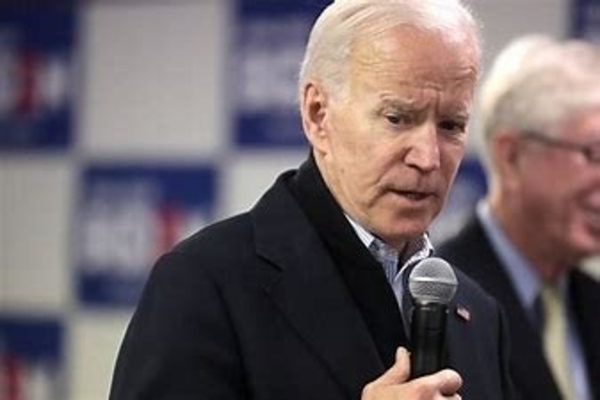 Howard was appointed by Former President George W. Bush on his decision wrote:

The Constitution’s promise of equal justice under the law is that the government will treat people as individuals, not simply as members of their racial group. “In the eyes of government, we are just one race here. It is American,” 515 U.S. 200, 239 (1995) (Scalia, J., concurring), and all Americans are entitled to equal treatment regardless of color. Plaintiff Scott Wynn brings this lawsuit to challenge a law that distributes benefits and burdens on the basis of race in violation of the Fifth Amendment to the Constitution.

Scott Wynn brought the lawsuit; Pacific Legal Foundation is representing him; his story is told on their website:

Scott Wynn is a lifelong farmer who has run Wynn Farms in Jennings, Florida, producing sweet potatoes, corn, and cattle since 2006. COVID-19, however, hit the family’s finances hard. Steep drops in beef prices and too little help and supplies to grow sweet potatoes meant less income, nearly all of which went toward federal farm loan repayment. A farm loan forgiveness provision is baked into the COVID-19-driven American Rescue Plan Act of 2021, but Scott is not eligible—because he is white. The law allows loan forgiveness of up to 120 percent but only for minority farmers and ranchers, who the law automatically treats as “socially disadvantaged,” regardless of their individual circumstances. Because government cannot use racial classifications to decide who gets government benefits and burdens, Scott is fighting back to restore his right to equal treatment for all farmers.

The American Rescue Plan Act is Biden’s plan which sets aside roughly $4 billion for loan relief, grants, training, and education.

The Washington Post reported that the plan already faced a legal hurdle:

The program was already temporarily on hold due to a separate restraining order by a White farmer in Wisconsin. However, even if that Wisconsin order is reconsidered or even reversed in July when a ruling is expected, this new nationwide injunction would still keep the program on hold for some time.

The Florida case is considered the first nationwide preliminary injunction, said lawyers for the group Pacific Legal Foundation, which filed the lawsuit in May.

Howard “also made clear that the Agriculture Department could continue to prepare to deliver the debt relief until the program is found to be ‘constitutionally permissible.,” noted the Post.

In a court document opposing Wynn’s request for a preliminary injunction, U.S. Department of Justice attorneys said Congress passed the plan to provide aid to “socially disadvantaged farmers who it determined needed such relief due to decades of discrimination against them in U.S. Department of Agriculture programs, the disproportionate impact of COVID-19 on them and the failure of prior funding to reach them.”

“The Supreme Court has recognized that both of Congress’ interests in enacting (the section of law) — remedying prior discrimination against minority farmers in USDA programs and ensuring that its funding does not serve to perpetuate the effects of that discrimination — are compelling” the Department of Justice attorneys wrote.

“Congress had strong evidence, including testimony and reports spanning decades and up to the enactment of (the section) documenting discrimination against minority farmers in USDA programs and its lingering effects, thereby necessitating the remedial action. … And Congress narrowly tailored its remedy by directing one-time payments to the groups it found to have suffered such discrimination, only after trying race-neutral alternatives for decades.”

“Although the government argues that (the section) is narrowly tailored to reach small farmers or farmers on the brink of foreclosure, it is not,” she wrote. “Regardless of farm size, an SDFR (socially disadvantaged farmer or rancher) receives up to 120 percent debt relief. And regardless of whether an SDFR is having the most profitable year ever and not remotely in danger of foreclosure, that SDFR receives up to 120 percent debt relief. Yet, a small white farmer who is on the brink of foreclosure can do nothing to qualify for debt relief. Race or ethnicity is the sole, inflexible factor that determines the availability of relief provided by the government.”