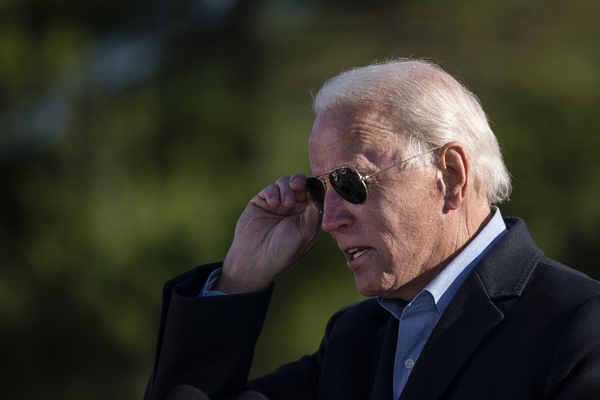 The University of Montana’s digital initiatives librarian confirmed to Breitbart News that Tracy Stone-Manning did indeed ask the school to limit access to the thesis in June 2020; Stone-Manning authored Into the heart of the beast | A case for environmental advertising in 1992.

The Daily Caller obtained a copy of the restricted thesis, and it made headlines on June 23, 2021. It showed Stone-Manning advocating for U.S. population control propaganda in a series of advertisements meant to “tug at the root of many of our environmental horrors, overpopulation.”

The thesis highlighted population control as “environmental advertising” meant to alleviate perceived environmental stresses that humans have caused. Stone-Manning said her movement  “desperately needs to use advertising’s ubiquitous power if it is to capture mainstream America.”

Her advertisements stated, “When we have children, the planet feels it more. Do the truly smart thing. Stop at one or two kids,” while another read, “Stop at two. It could be the best thing you do for the planet.” The last advertisement identified “overpopulation” as an American “problem,” featuring a photo of a child with the caption, “Can you find the environmental hazard in this photo?”

According to archives on the internet, Stone-Manning’s thesis access page was last updated on June 9, 2020, but the thesis remained accessible on that day. The following archived activity comes again on June 24, 2021, the day after the Daily Caller published the report – the page appeared with a new message to the right side stating, “This record is only available to users affiliated with the University of Montana.”

The librarian said, “notes indicate that access was restricted on June 11, 2020,” when she was asked about the discrepancy.

As Breitbart News reported, in 1989, Stone-Manning mailed a profane letter to the U.S. Forest Service on behalf of John P. Blount, an individual in her “circle of friends,” alerting authorities that trees in Idaho’s Clearwater National Forest that were scheduled to be cut down had been sabotaged with metal spikes to prevent them from being harvested. Tree spiking, as this form of sabotage is called, is both a crime and, according to the FBI’s definition, an act of eco-terrorism that can injure or kill loggers or millworkers processing the spiked trees.

After the Forest Service received the warning letter, Stone-Manning and six other individuals in Missoula were the 1989 grand jury investigation targets. They were subpoenaed and required to submit fingerprints and hair samples. However, the 1989 grand jury did not uncover enough evidence to charge Blount with a crime. The case was not solved until Blount’s ex-girlfriend reported him to authorities two years later, and in doing so, also named Stone-Manning as the person who mailed the letter for him. In exchange for immunity, Stone-Manning testified in a 1993 trial against Blount, who was convicted for the tree spiking crime and sentenced to 17 months in prison.

Stone-Manning ultimately left Earth First! 2013, as group members were “angry,” she told the Missoulian. She said, “Anger doesn’t do much. It doesn’t solve problems. What I do is solve problems.”

The ranking member on the Energy and Natural Resources Committee – the committee responsible for vetting the Biden nominee – Sen. John Barrasso (R-WY) opposes Stone-Manning’s nomination because of her involvement in the tree spiking case and her reported inaccuracies on her Senate committee hearing questionnaire.

“Tracy Stone-Manning covered up for those eco-terrorists, setting back the investigation by years, and she only cooperated with authorities when she was caught,” Barrasso observed, adding that “she then lied to the Senate Committee about the incident. There is no way that she should direct an agency that oversees almost 65 million acres of forest.”

In the summer of 2020, Stone-Manning worked for the National Wildlife Federation and actively spoke out against former President Donald Trump’s BLM nominee, Pendley, whose confirmation never came to fruition. Stone-Manning eventually became Biden’s nominee for the role in April 2021.

Breitbart News reached out to the National Wildlife Federation for comment from Stone-Manning about her thesis but has not received a response.