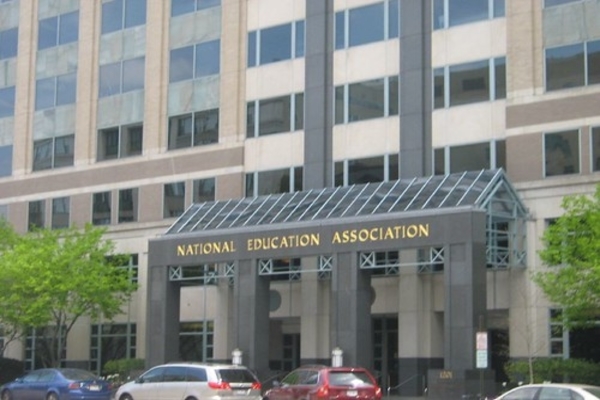 The National Education Association (NEA)has taken steps to promote Critical Race Theory (CRT) in K-12 schools and opposes any bans on instruction in the Marxist ideology and the New York Times “1619 Project.”

During the virtual assembly of representatives that was held June 30 – July 3, the teachers union agreed to “research the organizations attacking educators” by doing what is referred to as “anti-racist work,” in addition to “use the research already done and put together a list of resources and recommendations for state affiliates, locals, and individual educators to utilize when they are attacked.”

The attacks on anti-racist teachers are increasing, coordinated by well-funded organizations such as the Heritage Foundation. We need to be better prepared to respond to these attacks so that our members can continue this important work.

New Business Item 39 vows to “share and publicize, through existing channels, information already available on critical race theory (CRT) – what it is and what it is not” was also adopted by NEA.

The resolution plan of the union is to have “a team of staffers for members who want to learn more and fight back against anti-CRT rhetoric.”

The NEA intends to “join with Black Lives Matter at School and the Zinn Education Project to call for a rally this year on October 14 – George Floyd’s birthday – as a national day of action to teach lessons about structural racism and oppression.”

The Association will further convey that in teaching these topics, it is reasonable and appropriate for curriculum to be informed by academic frameworks for understanding and interpreting the impact of the past on current society, including critical race theory.

The NEA’s resolutions undercut the narrative of the left denying CRT is not taught in K-12 schools, as Fox News reported Saturday.

Many board members and school superintendents deny they are teaching CRT in response to parent and student outrage.

Dr. Paul Freeman says it is inaccurate that this is being taught in schools. In a statement, he said in part:

“We are working in Guilford Schools to be more equitable in our practice, to embrace diverse texts in our classrooms, to diversify our teaching ranks, to address difficult historical events honestly and openly, and to ensure that all children feel heard in their schools.”

A similar statement was made by Jeff Porter, superintendent of the Cumberland-North Yarmouth, Maine, school district.

Porter denied his district uses Critical Race Theory (CRT). However, following the death of George Floyd, the district sent a letter to the community, expressing its “solidarity with Black Movement leaders” and detailing its decision to work with Community Change Inc (CCI). This Boston-based company self-describes on Twitter as “a non-profit that challenges systemic racism with a special focus on white people.”

The adoption of resolutions by NEA will allow President Becky Pringle “to make public statements across all lines of media that support racial honesty in education including but not limited to critical race theory.”

States are taking steps prohibiting the teaching of CRT and its concepts.