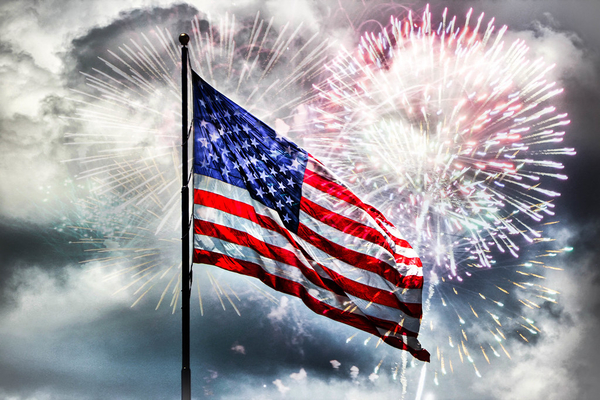 The Times has no problem politizing religion in the past, now tweets ” “flying the American flag from the back of a pickup truck or over a lawn,” as Americans have proudly done on Independence Day showing their support for America – it is now “increasingly seen as a clue” to which they call an “imperfect one” to “person’s political affiliation.”

They were tweeting about the article titled, A Fourth of July Symbol of Unity That May No Longer Unite, which is about a Long Island town where “neighbors now make assumptions… about people who conspicuously display American flags.”  A local Democrat-leaning man has trouble selling his produce as nobody wants to buy from a Republican.

The Times reports both parties have “long sought to wrap themselves in the flag,” however now they claim the country is changing because of the politicization of the flag. The Times believes that “flying the flag” is a “clue” you could likely be part of the Republican party.

The article claimed negativity regarding the American flag is caused by supporters of former President Trump taking the stage. The claim that supporters “embraced the flag so fervently,” turning it into a symbol of the January 6 protests, was made by the Times. Some leftists “worry that the left has all bet ceded the national emblem to the right,” states the Times.

The Times noted that “70 percent of Americans say the flag makes them feel proud,” and “At its 1777 inception, the flag’s very design signified unity, the joining of the 13 colonies.”

What was once a unifying symbol — there is a star on it for each state, after all — is now alienating to some, its stripes now fault lines between people who kneel while “The Star-Spangled Banner” plays and those for whom not pledging allegiance is an affront.

And it has made the celebration of the Fourth of July, of patriotic bunting and cakes with blueberries and strawberries, arranged into Old Glory, into another cleft in a country that seems no longer quite so indivisible, under a flag threatening to fray.

The Senior Editor at Human Events tweeted a response to the Times“Prayers up for all the NY Times reporters who have to endure this weekend full of American flags”:

In addition, the Special Advisor for Communications for Sed. Ted Cruz (R-TX) responded by tweeting a gif on the American flag adding “CC: New York Times”:

Mike Hahn tweeted the Times is ”  “seemingly admitting that the GOP is the party of the American flag.”

Ryan Saavedra suggested that “Only scum have a problem with the American flag.”