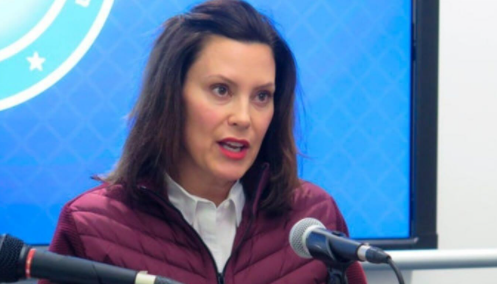 (The Post Millennial) – The number of COVID-19 deaths in Michigan nursing homes is 42 percent larger than Gov. Gretchen Whitmer’s administration disclosed, according to a state auditor general’s report reviewed by the Washington Free Beacon.

The report, which Auditor General Doug Ringler is set to release in full next week, shows that between Jan. 1, 2020, to July 2, 2021, there were 8,061 COVID-19 deaths in the state’s long-term care facilities. The number is 42 percent larger than the 5,675 deaths Whitmer’s health department reported, according to Free Beacon.

Whitmer’s administration moved to dispute the report a week before its scheduled release, the Free Beacon reported. In a Sunday letter, the Michigan Department of Health and Human Services director Elizabeth Hertel expressed “serious concerns” with the auditor’s findings, arguing that Ringler used “a different definition of a reportable long-term care COVID-19 death than required by the CDC.” Ringler’s report notes that he “disagree[s] with some of the statements” made in Sunday’s letter and defends the office’s methodology.

The revelation came almost two years after the Democrat governor instituted a policy that required nursing homes to accept COVID-positive patients who were discharged from hospitals, which is believed to have led to an unnecessary spike in the number of coronavirus deaths in the elderly care facilities.

Whitmer used her gubernatorial powers since the pandemic started to enact one of the country’s most draconian COVID-19 lockdown measures.

“We have now seen the true scope of Gov. Whitmer’s dangerous policies, and we must ensure these tragic circumstances do not happen again,” Michigan state representative Steve Johnson (R), who requested the auditor’s report, said in a Thursday statement. “There is frankly a lot to answer for, and our legislative panel will be working to get those answers,” Johnson added.

“Instead of trying to provide answers for the families who lost loved ones in nursing homes and long-term care facilities, Governor Whitmer and her administration are more concerned with political spin and covering up that they underreported deaths by 42 percent,” Sachs said.

“These were people’s lives—not data points—that the Whitmer administration chose to ignore. There must be a thorough investigation and accountability for Governor Whitmer’s failure to protect Michigan’s most vulnerable residents.”