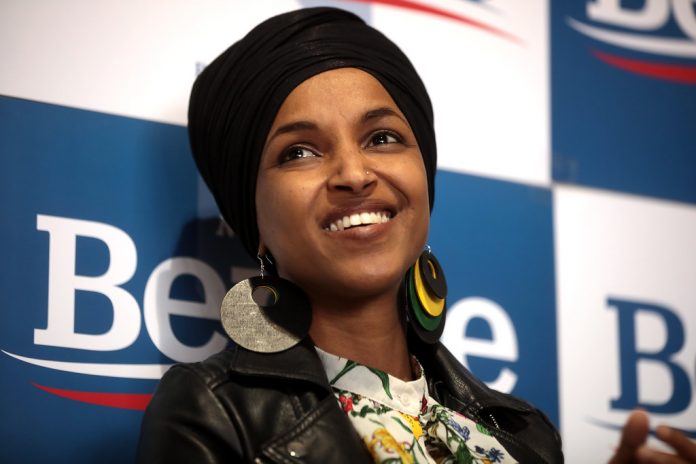 (Breitbart) – Sunday, Rep. Ilhan Omar (D-MN) responded to President Donald Trump’s repeated criticisms of her on the campaign trail, including saying Republicans will win the state of Minnesota because of her hatred of the United States.

Omar told MSNBC’s “The Week” that Trump’s “complete obsession” with her just goes to show how his campaign is “unraveling.” After asserting the Trump campaign has realized that this is “the end,” Omar noted it was the same thing Trump did in 2016.

“I mean, it’s really a sign of desperation, you know,” Omar told host Joshua Johnson. “At this point, this is showing really not a strength but a weakness. His complete obsession with our state and myself really shows us how much his campaign is unraveling and how much they are recognizing that this is the end for them. They are all about to lose their jobs.”

She continued, “In 2016, he did the same thing. He came to Minnesota. He attacked the Somali community, thinking that his hate was going to immobilize and help him win. But in Minnesota, we are greater than fear, and we mobilized to make sure that he didn’t have a chance in winning our state, and he’s not going to in this election.”