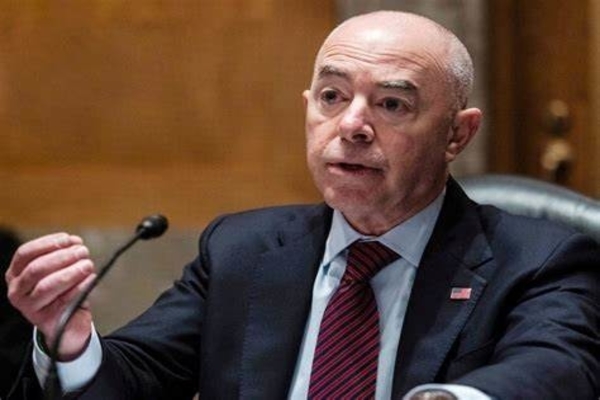 According to the Department of Homeland Security press release, the DHS Chief will cancel the contracts to finish construction on border wall, even after Congress voted to build the wall.

“They have been directed to build a border wall by Congress [and] they’re just canceling the contracts because they don’t care what Congress does,” said one Hill staffer, who added:

Congress certainly should [sue the agency], but it won’t until after Republicans take back control. The [congressional] Democrats are not interested in [preserving the] powers of Congress unless the President is of a party they don’t like.

The source added, “the people in South Texas probably can [sue] because they can say they’re the ones being harmed specifically by the Executive Branch not enforcing or not following the law.”

Generally, it is illegal to refuse to spend money appropriated for agencies.

The announcement follows DHS chief Alejandro’s refusal to implement Congress’s immigration laws, including the laws that require asylum-seekers to be held in detention until their pleas for asylum are judged.

According to Breitbart News, hundreds of migrants have been killed by Moyorkas’s refusal to enforce the border laws.

Since January, at least 800,000 migrants have crossed the U.S. border due to Moyorkas. The nearly open-door policy lets employers hire low-wage illegals instead of paying decent wages to Americans. Employers are rewarded for refusing to hire and train millions of sidelined Americans, including the homeless drug addicts in Pennsylvania.

The Cuban-born refugee, Mayorkas, is an immigration activist who argues that American’s homeland must be a “Nation of Immigrants,” regardless of the impact on wealth and society of American, while insisting that the “dignity” of migrants are the “foremost” priority.

Mayorkas’s DHS statement tries to dodge Congressional authority by claiming it may, sometime in the future, build a wall, but only after spending much time and money talking about building a wall:

Until and unless Congress cancels those funds, the law requires DHS to use the funds consistent with their appropriated purpose, and beginning environmental planning activities is part of the Department’s plan to do so.

For example, the construction money will be used to host meetings with opponents of the wall, the statement says:

Environmental planning activities will cover projects funded with DHS’s Fiscal Year 2018-2021 barrier system appropriations where construction had not started. These activities include additional biological, cultural, and natural resource surveys for project areas where no data have been previously collected.  CBP will also conduct comprehensive and targeted outreach with interested stakeholders, including impacted landowners, tribes, state and local elected officials, and federal agencies.

These activities will not involve any construction of new border barrier or permanent land acquisition.

Despite the critic’s warnings, several Republicans voted to confirm Moyorkas.