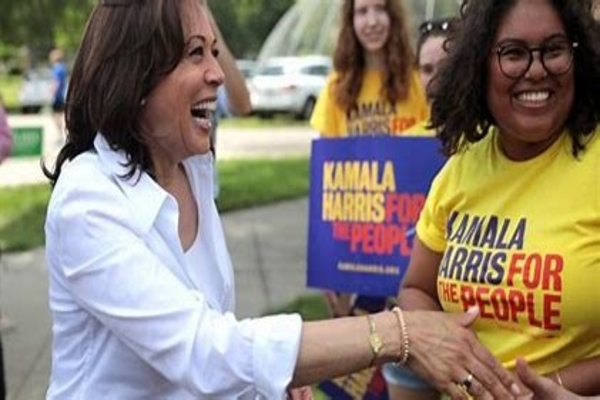 On Saturday, VP Harris devoted her attention to the coin toss at a college football game, not the thousands of illegals pouring into Del Rio, Texas.

On Saturday, Kamala Harris performed the opening coin toss between her alma mater, Howard University, and Hampton University in Audi Field in D.C.

A tweet from former White House Deputy Chief of Staff Dan Scavino summed up the situation well. He reminded all that Biden tapped Harris specifically to handle the border crisis.

Politicians and the media have described the scene in Del Rio as a humanitarian nightmare. Over 15,000 men, women, and children -primarily Haitian- seek refuge under a Del Rio bridge.

The crisis stemmed from the halting of deportation flights by the Biden administration.

“The migrants have set up a de facto camp under the bridge to shelter from the 100-degree heat as their numbers swell and they wait to be processed by Border Patrol,” Fox News reported. “Officials have rushed toilets, water, medical supplies, and other humanitarian aid to try and help.”

The Biden administration was blasted by Sen. Ted Cruz (R-TX) for halting the flights, saying the crisis could be solved if the administration would “simply following the law and reinstating deportation flights back.”

“When you have open borders, this is what you get,” Cruz said. “This is wrong. This is not humane. This is not compassionate. This is lawless, and it is inviting suffering. This needs to end.”