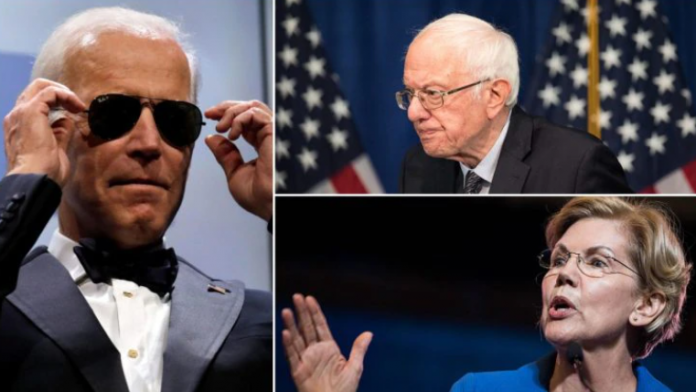 (Big League Politics) – The Biden administration has announced that student loan payments will be enforced once again in Feb. 2022 in a move that is angering his far-left base.

Over 200 activist groups have signed onto a letter demanding for Biden “to put a stop [to] this crisis in the making before it begins and extend the current pause on student loan payments.”

“It is clear that payments should not resume until your administration has fully delivered on the promises you made to student loan borrowers to fix the broken student loan system and cancel federal student debt,” the letter stated.

Democrat lawmakers such as Senate Majority Leader Chuck Schumer (D-NY) and Sen. Elizabeth Warren (D-MA) are also calling for Biden to continue the student loan debt holiday, arguing that student loan borrowers will be on the hook for $85 billion if Biden starts reinforcing payments in February as proposed.

Some of the more radical representatives in the Democrat Party took to Twitter to forcefully oppose the policy:

A note to Democrats who blame progressives after losing an election:

Forcing millions to start paying student loans again and cutting off the Child Tax Credit at the start of an election year is not a winning strategy.

-89% of borrowers say they aren't financially secure enough to resume their student loan payments.
-27% will spend at least a third of their income on their loan payments.@POTUS must lift this burden and cancel student debt.

Student loan repayments have been paused since March of 2020 — and SOMEHOW, the country has kept going.

It’s time to cancel at least $50,000 of student debt per borrower and give working people some much needed relief.

Big League Politics has reported on how Biden just used socialists for their votes and then immediately staffed his administration with corporate shills after taking power:

“Supporters of Sen. Bernie Sanders (I-VT) have largely fallen in line behind faux-president-elect Joe Biden, even after their candidate was shafted repeatedly during the presidential primary.

And now they are receiving their reward for selling out: Bupkis.

A report in The Independent indicates that Sanders as well as his colleague Sen. Elizabeth “Pocahontas” Warren (D-MA) will be frozen out of the administration completely. Democrats are thumbing their nose at their radicalized left-wing constituents and heading in a more centrist direction.

“The Biden administration has to be a lot more sensitive of where you come from if you’re looking at members of Congress,” said Rep. Gerry Connolly (D-VA), blaming lost U.S. House seats on the party’s radical faction. “We cannot afford to put any seats in jeopardy.”

Sen. Chris Coons (D-DE) is in line to benefit from Biden’s betrayal of his extremist base.

“If he surprises me by asking me to consider serving in his Cabinet, I’d be honored to do so,” Coons said about speculation that he is a front-runner to be Biden’s secretary of state.

“But I could also understand how he might say, ‘Look, we’re at a moment where folks who can deliver on bipartisanship in the Senate are at a premium, and I need you to stay there.’,” he added.”

The Bernie bros who voted for Biden have to be some of the biggest dupes in American political history. They are getting what they deserve from a chief executive who laughs in their face.