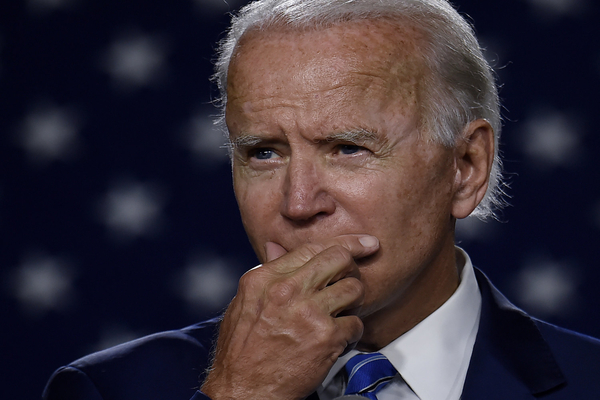 (Big League Politics) – President Joe Biden frankly admitted that he was powerless to defeat the coronavirus pandemic on Monday, making it clear the federal government couldn’t stop the spread of the virus.

“Look, there is no federal solution,” Biden said in response to questions from Arkansas Gov. Asa Hutchinson. “This gets solved at the state level. My message to the governor is simple: If you need something, say something and we’re going to have your back in any way we can.”

The President made the frank admission from the faux Oval Office television set his staffers have set up in the general vicinity of the White House.

President Joe Biden had routinely claimed that he’d be able to “shut down the virus” in his 2020 campaign, emphasizing the promise to the degree it could be very reasonably called his signature campaign promise. Now, with Biden in office and more Americans dead of the coronavirus in his reign rather than that of his predecessor, the establishment ‘global governance’ Democrat is moving to pawn off responsibility of his failure to deliver on state governors.

The Joe Biden administration’s coronavirus policies aren’t very different from Donald Trump’s, with one major difference lying in the Democrat President’s politicization of vaccines through forced mandates. Sitting in a room and telling people what to do has never been a legitimate form of leadership in solving any problem, let alone when it consists of telling Americans to damage their livelihoods, quality of life, and their children’s education in the way fanatical Democrats have.

Shortly after admitting that the fundamental premise of his 2020 campaign was little more than a fraud, President Joe Biden departed Washington DC for a vacation at his Delaware coastal beach home.

NOW – Biden departs to Delaware beach house after telling governors there is "no federal solution" on COVID and it should be "solved at the state level."pic.twitter.com/Ux9RtPmb8m

The notion that a viral disease with the ability to spread to the ends of the Earth was ever an matter to be merely “solved” by Joe Biden’s signature fanatical partisanship, bogus political influencers, or false internet medical advice was always a fraud.