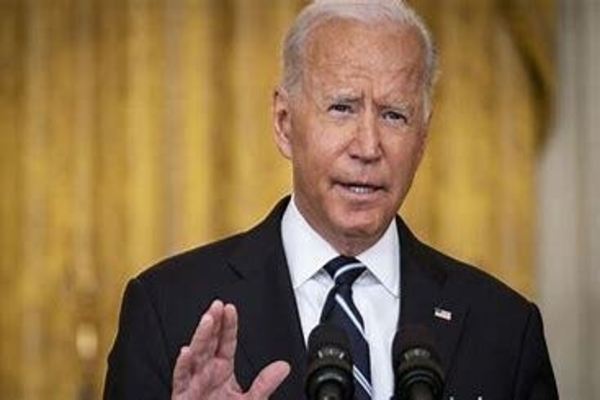 On Tuesday, President Biden caved to the Taliban while pledging to honor the withdrawal deadline for U.S. personnel out of Afghanistan by August 31, as reported by Reuters.

Biden’s decision follows the Tuesday comments from Taliban spokesman Zabihullah Mujahid “no extensions” will be granted to the August 31 deadline.

CIA Director William Burns reportedly met with the Taliban on Monday in a face-to-face negation with Abdul Ghani Baradar, a co-founder. It appears no agreement was reached.

Mujahid said he was “not aware” the CIA met with the Taliban, “but he did not deny that such a meeting took place,” the Associated Press observed. The CIA would neither confirm nor deny the negotiation.

The August 31 deadline is six days from Tuesday, not Biden’s original withdrawal deadline. Biden broke the deal President Donald Trump had negotiated with the Taliban to be out by May 1 of this year; Biden extended the deadline to September 11, then again shortening it to the end of August.

If the evacuation had been completed by the original date, American citizens and the U.S. military would have been evacuated before the Afghan fighting seasons occur in the summer. The Biden Harris administration’s decision to extend the war until late August or September perhaps had a political part.

Axios reported a leaked email Tuesday that depicts evacuees are living in a facility “awash with loose feces, urine, and a rat infestation.”

“We recognize this is a challenging and difficult situation” and the “current conditions in Doha are of our own doing,” William Urban, spokesperson for U.S. Central Command, told Axios.