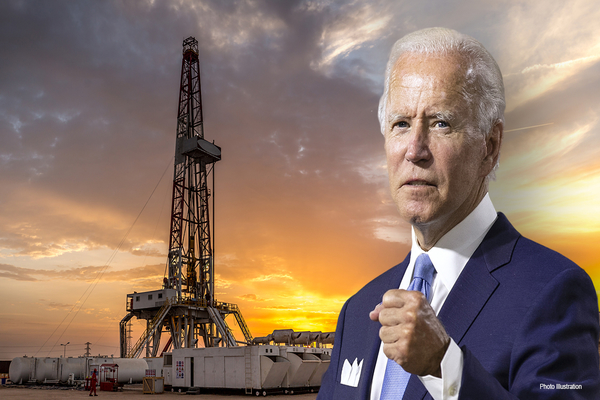 While speaking to reporters and while he was online in Wilmington, Delaware, Biden was asked whether he “could conclude that these storms and the intensity have to do with climate change.”

“All I know is that the intensity of the weather across the board has some impacts as a consequence of the warming of the planet and climate change,” Biden said. “The specific impact on these specific storms, I can’t say at this point.”

“I’m going to be asking the EPA and others to take a look at that,” Biden added. “The fact is that we all know everything is more intense when the climate is warming. Everything. And obviously it has some impact here, but I can’t give you a quantitative read on that.”

Fox also reported that as of Saturday morning more than 200,000 customers remain without power in both Tennessee and Kentucky.

In November, Biden dramatically claimed climate change is “an existential threat to human existence as we know it” at the United Nations’ COP26 conference and apologized for former President Trump’s withdrawal from the Paris climate accord.

Biden was not the only person on the left who chose to milk the tragedy for political points. Democrat Congressional Representative Eric Swalwell joined in on the fun, briefly giving his best wishes to those affected by the brutal event before attacking Kentucky Senator Rand Paul for cheap political points.

“We should do all we can to help our Kentucky neighbors. God be with them — they are hurting,” wrote Swalwell. “But do not for one second forget that @RandPaul has voted against helping most Americans most times they’re in need.”

We should do all we can to help our Kentucky neighbors. God be with them — they are hurting. But do not for one second forget that @RandPaul has voted against helping most Americans most times they’re in need. https://t.co/JkZQOZ4HuG

Big League Politics has covered other musings of Climate Change Hoaxer activists in the past, including former United States vice president Al Gore’s boasting of up-and-coming technology capable of tracking the ‘identities’ of so-called “Greenhouse Gas Emitters.” Speeches given by Al Gore regarding climate change have been numerous, often involving the climate activist flying on a private jet to the venue before predicting a doomsday scenario caused by CO2 emmisions.