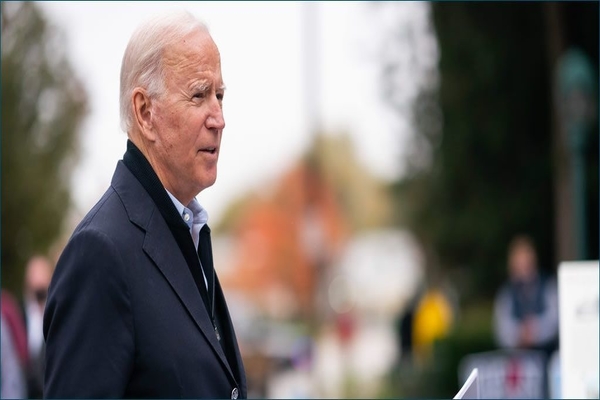 President Biden is considering vaccine mandates for interstate travel, according to the Associated Press (AP).

“Still, while more severe [coronavirus] measures — such as mandating vaccines for interstate travel or changing how the federal government reimburses treatment for those who are unvaccinated and become ill with COVID-19 — have been discussed,” the AP writes, “the administration worried that they would be too polarizing for the moment.”

However, the White House seems to be satisfied with shaming the unvaccinated for the present time, while private companies are being pressured to mandate vaccines for their employees.

Biden told churchgoers on April 1; they were ungodly if they did not become vaccinated. “I think this is the godly thing to do. Protect your brother and sister,” he said. “That’s what this is about. It’s about protecting people,” as an example.

Biden explained that black Tuskegee airmen “were almost like guinea pigs” when answering a question about vaccine hesitancy in the black community on July 2:

You know, you go back just to — even World War II, African Americans were used as experimental — they were almost like guinea pigs in terms of — they were — anyway, it — and your mom and dad remember that and your grandparents remember that.

Biden said Hispanics in America were fearful of being deported on June 24. “It’s awful hard to get Latinx vaccinated as well,” Biden told about all Latinos. “Why? They’re worried that they’ll be vaccinated and deported.”

Vice President Harris argued for Americans to be vaccinated on July 19. “No one likes wearing masks… people need to get vaccinated. That’s the only way we’re going to cut this off,” she explained. “Nobody likes wearing a mask.”

Meanwhile, Wednesday, Biden meets with airline executives to push private businesses to mandate masks. But Reuters reported, “companies have wrestled with the extent of their authority to require shots.”

The report added, “Among the concerns is the possibility that companies will be exposed to discrimination lawsuits as they call staff back to their desks after 18 months of pandemic-induced work from home.”