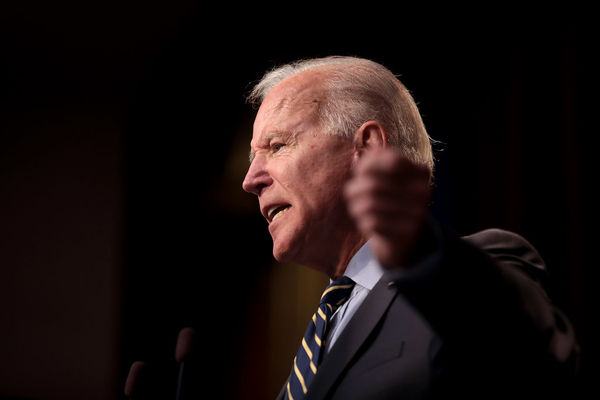 The President has a speech scheduled at the White House Tuesday; he will address the economy and “lowering prices for the American people” before he departs for his Thanksgiving vacation in Nantucket, Massachusetts.

The Washington Post reports the White House is weighing a plan to blame businesses for raising prices on consumers, accusing them of enjoying record profits at the same time.

It is uncertain how far Biden will go in blaming American companies for the record inflation.

Already, Biden has blamed meat processors for increased prices on meat while raising concerns about the oil company’s part in the rising cost of gasoline. Biden has even criticized companies for failing to move goods off of shipping docks quickly; it’s their fault for the supply chain problems.

“If the private sector doesn’t step up, we’re going to call them out and ask them to act,” he warned in October.

Inflation continues to rise at record levels. Inflation pushed the price of consumer goods up the highest in three decades.

The President has attempted to pair up with large retailers to reassure Americans their Christmas and Thanksgiving holidays will not be ruined.

“Walmart and Target have made public today what they told me about a week ago: that they’re stocked up for the holiday season, their inventories are up, and they’ll have all the toys, food, and other items that shoppers are looking for in the holiday season,” Biden said at an event in Detroit last week. “That’s going to happen.”

But the White House remains unprepared to handle rising inflation on Biden’s watch.

According to an October poll, 62% of American voters, including 41 percent of Democrats, fault Biden for the rising inflation, as the White House still struggles with the issue messaging.

In July, Biden dismissed inflation as temporary; however, he finally acknowledged the problem two weeks ago.

“Everything from a gallon of gas to loaf of bread costs more,” Biden said at an event in Baltimore. “And it’s worrisome, even though wages are going up.”