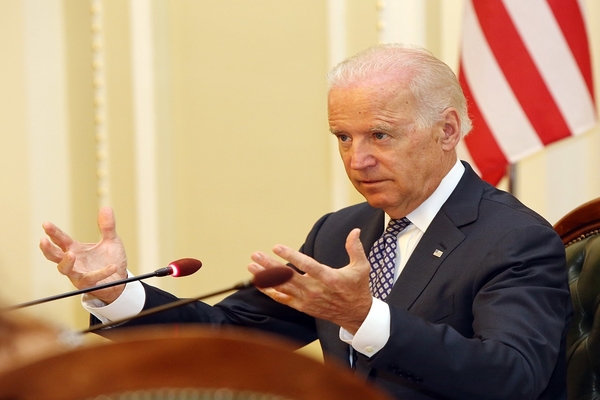 President Biden will host law enforcement leaders from around the country, seeking answers to the soaring crime rates in the United States.

The talks come just four days after Biden pass up the opportunity to discuss the issue with Mayor Lori Lightfoot (D) while on the tarmac of O’Hare Airport in Chicago.

According to people familiar with the plans, Eric Adams, Brooklyn borough president and likely the next mayor of New York, Washington D.C., Mayor Muriel Bowser, and Mayor Sam Liccardo, San Jose, California, are expected to attend the meeting.

They were not authorized to speak about the meeting publicly, and under the condition of anonymity, they talked to the Associated Press, the news service reported.

Democrat-controlled cities have seen shootings and killings rise as local politicians and police struggle to manage the violence.

In 12 American cities run by Democrats, the murder rate is skyrocketing, according to a study by the Law Enforcement Legal Defense Fund (LELDF). Nationally, the murder rate has hit a 26-year high.

As Breitbart News reported, the LELDF study sees a direct correlation between the Democrat party’s anti-police rhetoric and how Democrat-run cities have turned that rhetoric into action through police budget cuts, mandates that reduce policing efforts such as stops and arrests, a lack of criminal prosecution by far-left prosecutors,  and the morale issues that have resulted in a massive number of retirements.

Chicago crime is almost to all-time high numbers with no signs of change.

The president has announced efforts to stem the violence, but the federal government claims it is limited to help localities cut the spike.

The cities are encouraged to invest their coronavirus relief funds into policing and alternatives such as increasing community support and summer jobs for teenagers.

Biden will be joined Monday by Attorney General Merrick Garland and other anti-violence experts to talk through the measures at their disposal, including new strike forces in Chicago, New York, Los Angeles, San Francisco, and Washington.

A federal effort is underway to expand and enhance community violence interruption programs in 15 cities.