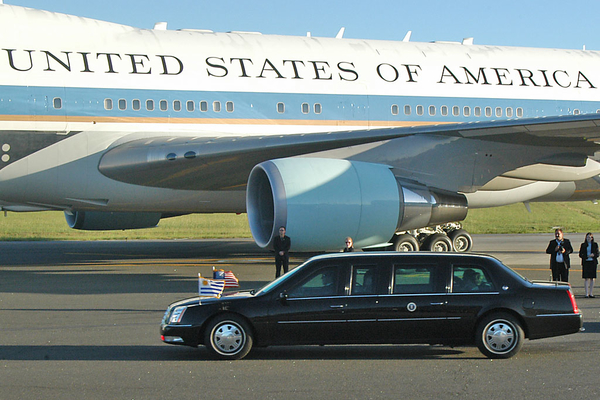 The United Nations climate summit scheduled for later this month will have thirteen of President Biden’s cabinet in attendance. At the same time, the United States is plagued with a migrant crisis at the southern border and a breakdown of the supply chain from the clogged U.S. ports.

A glowing report was issued from CNN regarding the U.S. delegation and its “show of strength at next month’s pivotal U.N. climate summit in Glasgow.”

“In Glasgow, the United States will showcase President Biden’s whole-of-government approach to tackling the climate crisis,” a White House official told CNN. “They will demonstrate the strength of the entire U.S. government working in lock-step to reduce emissions and achieve our international climate commitments — and that the countries who take decisive action on climate will reap the economic and jobs benefits of the clean energy future.”

The big question is whether Biden will be able to go to COP with concrete commitments from the U.S. Much of the president’s climate agenda depends on Congress, and whether it can pass the president’s massive budget and climate bill before COP26 starts. The fate of that bill is uncertain, as negotiations between members of Biden’s own party drag on with little clarity on an end date. Some Democratic senators recently told CNN they are anxious about whether Congress will have passed critical climate investments before the international summit.

Sen. Chris Coons (D-DE) said. “I think it’s critical that we go to Glasgow with the package of President Biden’s proposals moving forward.”

“America has to lead the world on this,” Sen. Jeff Merkley (D-OR) said, “I’m concerned about whether it gets done at all, and we can’t let that happen.”

The same day the news broke on CNN about the U.S. delegation, Sen. Marco Rubio (R-FL) called for President Biden to fire Kerry in an op-ed after reports emerged that he has a stake in a Chinese company that funnels money into a business blocked for its abuses against Uyghur Muslims in that country, as Breitbart News reported.