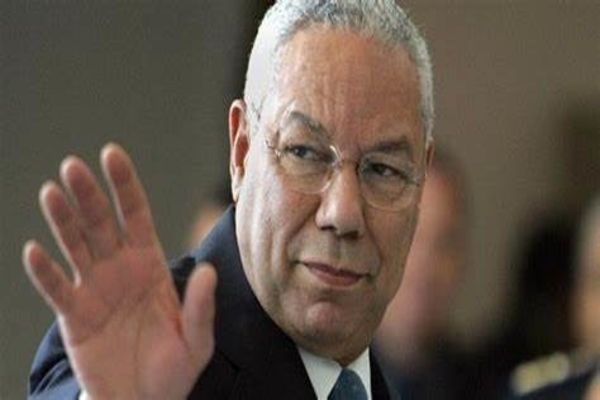 WASHINGTON (A.P.) — Colin Powell, who served Democratic and Republican presidents in war and peace but whose sterling reputation suffered when he went before the U.N. and made faulty claims to justify the U.S. war in Iraq, has died of complications from a reported breakthrough case of COVID-19. He was 84.

But his reputation suffered a painful setback when, in 2003, Powell went before the U.N. Security Council and made a case for the U.S. war against Iraq. He cited inaccurate information claiming Saddam Hussein had secretly stashed away weapons of mass destruction. Iraq’s claims that it had not represented “a web of lies,” he told the world body.

In an announcement on social media, the family said Powell had been fully vaccinated.

His family wrote that he had been receiving treatment at Walter Reed National Medical Center. Powell had multiple myeloma, a type of blood cancer that dramatically diminishes the body’s immune response, NBC News and CNN reported.

“We have lost a remarkable and loving husband, father and grandfather, and a great American,” the family said.

“He was a great public servant” and “widely respected at home and abroad,” Bush said. “And most important, Colin was a family man and a friend. Laura and I send Alma and their children our sincere condolences as they remember the life of a great man.”

“He believed in the promise of America because he lived it. And he devoted much of his life to making that promise a reality for so many others,” Biden said as he honored Powell on Monday.