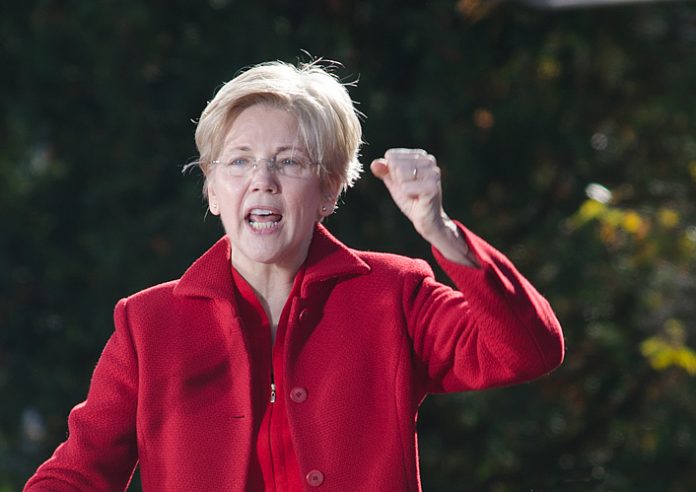 (Big League Politics) – U.S. Senator Elizabeth Warren (D-MA), known in some circles by her classic nickname ‘Pocahontas,’ attacked what she called “Republican opponents of democracy,” in a speech on the Senate floor on the eve of the anniversary of the storming of the US capitol January 6th.

“Today, Republican opponents of democracy are exploiting every possible avenue to allow their party to maintain control,” Warren said. The Massachusetts senator congratulated the Capitol Police for the “sacrifices” they made “protect our Democracy.”

I’m speaking on the Senate floor to reflect on the insurrection at our Capitol on January 6th one year ago, and the need to defend our democracy: https://t.co/2PQ7K93Ik8

Pocahontas began to then bizarrely lie about the event, suggesting it was an “insurrection” even though no such charges have at all been filed by the FBI following the Capitol riot.

“The January 6 insurrection made painfully clear that American democracy is seriously at risk,” she said.

“The Senate must not turn a blind eye while the federal judiciary and state legislatures lead an all-out assault against free and fair elections in America. It’s clear that Donald Trump’s Republican Party is embracing an increasingly authoritarian movement,” she added.

U.S Attorney General Merrick Garland joined in on the fun when he also called for Congress to pass voting rights legislation this past Wednesday.

“It is essential for Congress to act to give the Department the powers we need to ensure that every eligible voter can cast a vote that counts,” the Attorney General said.

Warren continued with her radical rhetoric, calling for an end to the filibuster during her senate speech before then suggesting that its entire premise is based on some kind of racism.

“It is time to end the filibuster, time to protect voting rights, and time to defend our democracy,” said Warren. “My view on this is simple. We did not swear an oath to protect a procedural rule like the filibuster, which has been the tool of racial segregation and Jim Crow.”

“No. We swore an oath to defend the Constitution. When the Senate rules stand in the way of voting rights legislation, then those Senate rules must change,” she said.