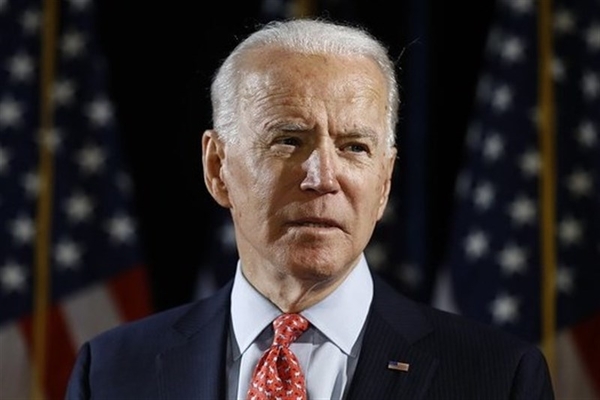 The pan includes a formal push stripping Beijing of the Winter Olympic next year and opening up China to wrongful death lawsuits in federal courts here. McCarty also pushes funding bans from U.S. tax dollars to places like Wuhan Institue of Virology and any gain of function virus research that China conducts. He calls for a counterintelligence investigation into the World Health Organization (WHO) and director Dr. Redros to resign.

“Last week, I wrote to you saying that our country was dealt a significant blow by the coronavirus and that the Democrats in Congress and the White House have no plan to hold China accountable,” McCarthy wrote in an open letter to the House GOP conference on Monday.

“This letter offers eight pillars we will introduce to deliver transparency and justice as Republicans continue to lead on behalf of the American people. As of June, more than 600,000 Americans and 3.8 million people have died worldwide as a result of Covid-19. The unfortunate reality is that countless friends and family members could have been saved had it not been for the deception of the Chinese Communist Party (CCP). A March 2020 report by the University of Southampton found if interventions in China could have been conducted one, two, or three weeks earlier, cases could have been reduced by 66 percent, 86 percent, and 95 percent, respectively. Evidence continues to indicate that the CCP intentionally hid information and lied about what it knew to be true about the virus. Additionally, World Health Organization (WHO) Director-General Tedros Adhanom knowingly and willfully downplayed or outright denied the Chinese government’s malfeasance and instead chose to cower to the CCP rather than stand up for the international community.”

The blame is put on the Chinese Communist Party in McCarthy’s letter, and he writes that he is “deeply angry about the avoidable loss of life, hope, and futures resulting from the CCP’s actions” and that the CCP “and their conspirators must be held accountable.”

“However, despite the CCP’s duplicity, the United States stands resilient,” McCarthy wrote. “It is the American men and women who played a role in creating and distributing the multiple available vaccines who we have to thank as we defeat this virus, from President Trump and his Administration to scientists and truck drivers, nurses, and factory line workers. The spirit and determination we’ve seen over the last year and a half should make us all proud to be part of this country. This isn’t a point of Republican pride. It is American pride — Republicans, Democrats, and Independents alike, because when our country is under siege, manmade or otherwise, we stand together. However, the path forward to address this threat and bring the responsible parties to justice is where we have diverged.”

McCarthy noted that President Biden “has failed to utilize any of his broad powers to hold China accountable and has willingly given up valuable leverage to force constructive change at the WHO,” and Biden or the Democrats in Congress can not be counted on to do anything to hold China accountable. However, he said, House Republicans have various measures that form this eight-pillar plan to hold China responsible.

“But we have and will continue to fight. Members throughout the conference have been speaking up, getting to work, and making it known House Republicans will always stand up for America,” McCarthy wrote. “Whip Steve Scalise and the Republican Members on the Select Subcommittee on the Coronavirus Crisis led our conference (over 200 members) in demanding Speaker Nancy Pelosi allow a congressional probe into the virus’s origins. Last week, Chairwoman Elise Stefanik and Congressman Rob Wittman introduced legislation to sanction Chinese officials involved in the coverup. Foreign Affairs Ranking Member Mike McCaul has leveraged his committee and the China Task Force to ensure accountability on the CCP and WHO. Congressman Dan Crenshaw introduced legislation last year, giving Americans the opportunity to seek damages from China’s deception. Congresswoman Ann Wagner and Congressman Brian Fitzpatrick have also introduced legislation to do the same. These are just a few examples.  To all of our members, your work is not unnoticed by the rest of America.”

McCarthy’s eight pillars are broken down into two four-part sections, the first “Transparency” and the Second “Justice.”

The first pillar under transparency called for “declassification of intelligence,” noting the Republicans intend to roll out legislation “to require declassification of information related to the origins of Covid-19, including in any report that comes from President Biden’s recent request.”

The second pillar calls for banning gain of function research in China, and with China, banning U.S tax dollars from being spent on these matters.

“Congress should prohibit NIH funding to grantees or subgrantees from doing research with irresponsible foreign governments or entities who are intent on harming the United States, its allies, or the American people, such as China, Russia, Iran, or North Korea,” McCarthy writes under the third pillar.

The fourth pillar called for the World Health Organization (WHO) to be “overhauled” and for a counterintelligence investigation into its actions. “WHO Director-General Tedros should step down from his post at the WHO; Taiwan should be granted observer status at the WHO; and the Federal Bureau of Investigation, in partnership with the U.S. Intelligence Community, should conduct a counterintelligence investigation into the U.S. medical research establishment to determine the extent to which the governments of China, Russia, Iran, and North Korea have infiltrated critical U.S. organizations,” McCarthy writes under this pillar.

The fifth pillar of the plan demands Biden continue investigations utilizing “existing authorities” to determine the origin of the coronavirus pandemic.

The sixth pillar calls for sanctions and restrictions of visas for those responsible for covering the pandemic. “Congress should pass a new sanctions regime imposing economic sanctions and visa and admissibility restrictions on those in China, associated with the CCP, WHO, or other international organizations who knowingly and willfully participated in the Covid-19 coverup,” McCarthy writes.

The seventh pillar calls for Chia’s sovereign immunity to be formally waived, so Americans can sue for losing loved ones due to coronavirus. “The families of those who have died from Covid-19 should be given the option to file suit against the Chinese government for damages incurred as a result of the reckless conduct of the CCP. Several Republican members, including Dan Crenshaw, Ann Wagner, and Brian Fitzpatrick, have introduced legislation allowing such lawsuits to go forward,” McCarthy writes.

The eighth pillar calls for the Winter Olympics to relocated away from China next year.  “Given the CCP’s active coverup of Covid-19 and contribution to the 3.8 million deaths worldwide, China should not be rewarded by allowing Beijing to host the Winter Olympics in 2022,” McCarthy writes.