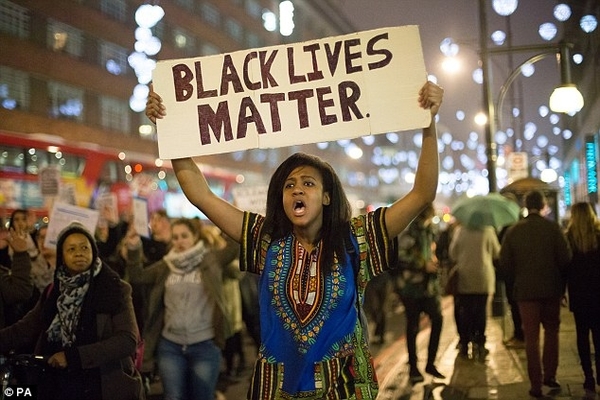 Rep. Cori Bush (D-MO) believes white supremacists will be encouraged to shoot protesters if Kyle Rittenhouse is acquitted for self-defense.

Cori Bush on Monday claimed that white supremacists would literally hide up in the hills and kill protesters in cold blood after repeating the lie that Michael Brown was “murdered” in the hands of a white police officer.

“When we marched in Ferguson, white supremacists would hide behind a hill near where Michael Brown Jr. was murdered and shoot at us,” she said. “They never faced consequences. If Kyle Rittenhouse gets acquitted, it tells them that even 7 years later they still can get away with it.”

“This is FACTS! I vividly remember hiding under porches in Canfield as shots were fired at us. No one came to help us. We would come from under porches using cars as shields in between gun shots to make it out,” tweeted Ashe.

After Bush’s campaign was pressed for comment, a spokesperson said that white supremacists opened fire on the congresswoman but did not provide specifics.

“While on the frontlines of the Ferguson Uprising, Congresswoman Bush and other activists were shot at by white supremacist vigilantes. The question we need to ask is why white supremacists feel empowered to open-carry rifles, incite violence, and put Black lives at risk across our country,” the spokesperson said.

Ferguson Police Chief Frank McCall Jr., a black man, indicated the department has no record of such an incident, pointing to a lie from Bush.

“Not that I’m aware of,” he told Webster County Citizen.

The only documented incident of the type described by Bush occurred in March 2015 when two police officers forming a security line outside the Ferguson police headquarters were shot, causing protesters to flee. Jeffrey Williams, a black man, was later arrested and convicted of the shooting.

“One officer was hit in the shoulder; the other, in the cheek,” noted the outlet. “Then St. Louis County Police Chief Jon Belmar said at the time he believed the officers were targeted, and the shooting brought swift condemnation from a wide range of public officials, as well as protest leaders, who insisted they repudiated violence.”

Williams claimed to be returning fire at an unknown person who shot at his vehicle; he was not aiming at the police.