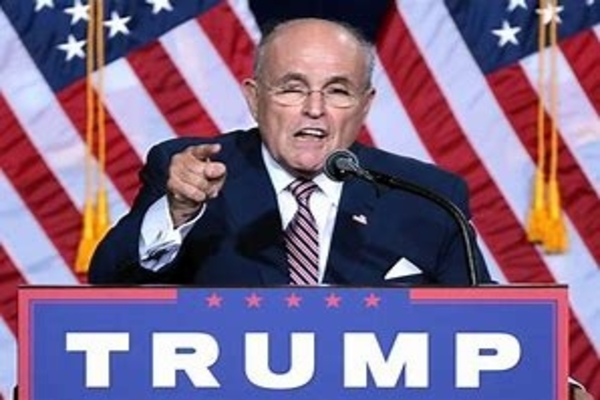 According to a court decision released on Thursday, Rudy Guiliani had his law license suspended by the State of New York due to his fraud claims in the 2020 election.

Respondent was admitted to practice as an attorney and counselor at law in the State of New York on June 25, 1969, under the name Rudolph William Giuliani. He maintains a law office within the First Judicial Department.

For the reasons that follow, we conclude that there is uncontroverted evidence that respondent communicated demonstrably false and misleading statements to courts, lawmakers, and the public at large in his capacity as lawyer for former President Donald J. Trump and the Trump campaign in connection with Trump’s failed effort at reelection in 2020. These false statements were made to improperly bolster respondent’s narrative that due to widespread voter fraud, victory in the 2020 United States presidential election was stolen from his client. We conclude that respondent’s conduct immediately threatens the public interest and warrants interim suspension from the practice of law, pending further proceedings before the Attorney Grievance Committee.

Giuliani’s suspension is “interim” as stated in the ruling; his election fraud statements were made “knowingly.” In addition, the court noted he has First Amendment rights; rules of professional conduct also bind him.

The ruling included the following example of false statements:

Respondent repeatedly stated that dead people “voted” in Philadelphia in order to discredit the results of the vote in that city. He quantified the amount of dead people who voted at various times as 8,021; while also reporting the number as 30,000. As the anecdotal poster child to prove this point, he repeatedly stated that famous heavyweight boxer Joe Frazier continued to vote years after he was dead and stated on November 7, 2020, “he is still voting here.” The public records submitted on this motion unequivocally show that respondent’s statement is false. Public records show that Pennsylvania formally cancelled Mr. Frazier’s eligibility to vote on February 8, 2012, three months after he died.

The court found the false statements of Giuliani’s were an “immediate threat to the public,” notwithstanding his promise of no further comment on the election:

“The risk that respondent will continue to engage in future misconduct while this disciplinary proceeding is pending is further borne out by his past, persistent and pervasive dissemination of these false statements in the media.

In the court’s conclusion:

“This event only emphasizes the larger point that the broad dissemination of false statements, casting doubt on the legitimacy of thousands of validly cast votes, is corrosive to the public’s trust in our most important democratic institutions.”

Other attorneys claiming President Trump was elected due to “Russian collusion” have not seen a similar manner of discipline.

Giuliani served as U.S. Attorney for the Southern District of New York before his election as New York City mayor. He eventually represented President Trump as his attorney during the latter years of his presidency.

During his tenure as mayor, he has an internationally celebrated political leader in improving the quality of life in New York City and leading it through the 9\11 terror attacks.

The interim suspension will remain until the conclusion of further disciplinary proceedings; no end date was given.