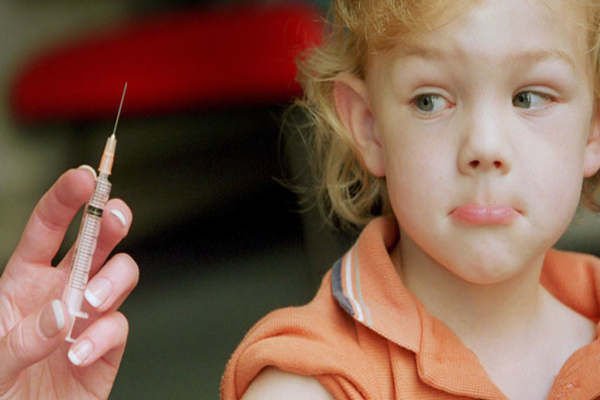 On Thursday, Pfizer announced they applied to the Food and Drug Administration (FDA) for approval for 5-11-year olds to be vaccinated; no coronavirus vaccine has yet been approved for children younger than 12.

Pfizer’s application is expected to be discussed by the FDA advisory committee on October 26.

The application follows Pfizer’s announcement last month that its vaccine was reported to be effective for the younger age bracket:

For elementary school-aged kids, Pfizer tested a much lower dose — a third of the amount that’s in each shot given now. Yet after their second dose, children ages 5 to 11 developed coronavirus-fighting antibody levels just as strong as teenagers and young adults getting the regular-strength shots, Dr. Bill Gruber, a Pfizer senior vice president, told The Associated Press.

The kid dosage also proved safe, with similar or fewer temporary side effects — such as sore arms, fever or achiness — that teens experience, he said.

Children generally do not get severely ill with COVID-19 as much as older people do, but there were still almost 175,000 cases among children in the week ending September 30, according to the American Academy of Pediatrics (AAP).

According to the American Academy of Pediatrics (AAP), less than two percent of child coronavirus cases result in hospitalization.

Back in September, Fauci predicted vaccines for children likely would be available by Halloween.

Fauci added, he would favor mandating the vaccine for children, declaring such requirements are “nothing new.”

“When you hear, ‘would I be in favor of mandating?’ in fact, I would be. But that gets taken out of context like I’m trying to impose some novel, new restriction on somebody, of taking away their rights,” he said.

“Look at what’s been going on for decades in schools — the requirement for vaccination,” he added.