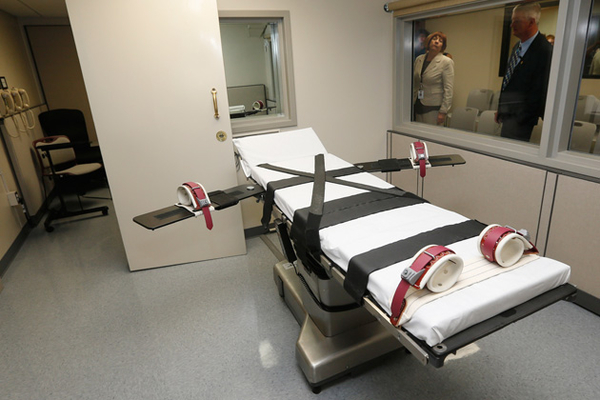 As we watch leftists and their allies in the media attempt to defame and take Kyle Rittenhouse’s freedoms for the crime of being white and defending himself, liberal demonstrators are fighting to free the monster who has been proven beyond any doubt to have murdered a father in front of his children.

In 1999, Rachel Howell and her sister were sitting in the backseat of their fathers, Paul Howell’s, GMC Suburban. Rachel vividly remembers the 19-year-old black man, Julius Jones, approaching the car. Jones pulled out a gun, shot her father in the head, and stole the vehicle. The Mercedes Benz, stolen six days before the murder, was found at Jone’s home; upon officers searching the premises, the murder weapon used to kill Paul Howell was found wrapped in a red bandana. In a last-ditch attempt to prove his innocence, Jones claimed the officer called him the n-word as he was arrested.

Jones was found guilty and sentenced to death in his 2002 trial. He was on death row from 2002 to 2021. Jones, who was described by the New York Times as a “former high school basketball player from Oklahoma City,” continued to claim he was innocent, despite all the evidence point otherwise.

In 2018, Jones continued to claim his innocence. His defense paid for a DNA test of the red bandanna. Supposedly, Jones wore the bandanna during the robbery, and the murder weapon was found wrapped in it. Jones claimed neither was his. The DNA test showed Julius Jones’ DNA was on the red bandanna. Therefore, proving Jones murdered Paul Howell in front of his young daughters.

Jones was set to be executed for his violent crimes on Nov 18, 2021. But his case was acquired by Kim Kardashian.

Kardashian rallied support among left-wing and BLM crowds claiming Jones was innocent, despite being found guilty. She has a long history of trying to get convicted black murders off death row and free. Big League Politics reported that Kardashian also worked with Jared Kushner to subvert the Trump administration by letting thousands of prisoners out of jail in an attempt to fight ‘systemic racism.’ Kardashian believed he did not do it since he said he didn’t do it.

The Oklahoma State Capitol was overrun by thousands of left-wing demonstrators demanding that Oklahoma’s Governor pardon Julius Jones, apparently the victim of white supremacy. There doesn’t appear to be any definitive evidence of this, seemingly only based on Kardashian and Jones’ claims of him not being the murderer.

In an attempt to appease the insurrectionists or domestic terrorists, Kevin Stitt, Oklahoma’s Governor, commuted Jones’ sentence to life without parole instead of the death penalty, just hours before his scheduled execution.

The convicted murder’s supporters are still not happy. They vow to fight until Jones is pardoned for all his crimes. Despite the DNA proof he murdered Paul Howard, Jones claims he didn’t do it, and the woke brigade believes it as Bible.

Other leftists were not satisfied with the Governor’s commute of Jones’ sentence; they allege him as a white supremacist, a nazi, a monster, and a fascist.

To sum it up, leftists deny Kyle Rittenhouse the right to shoot three men in self-defense, he would have most likely died, but they protested and begged for a black man’s freedom that walked up and shot a white father in front of his children to just to steal a vehicle.