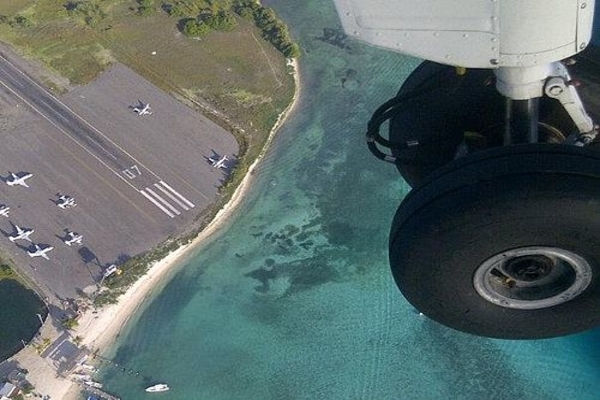 As elites move away from commercial air travel and fly their own planes to avoid coronavirus restrictions worldwide, the global demand for private luxury jets is booming.

The take-offs and landings of business jets in the U.S. have increased 40 percent this year.

MSNBC reports private jets are at their highest point since the financial crisis of 2008, partly due to big companies expanding personal jet privilege for their top executives.

Around the world, the story is the same.

According to WingX, an aviation data provider, more than 4.2 million flights on private jets have occurred this year; the Financial Times has outlined a record number in each of the past six months. Flights were up 54 percent first week of Novemver when compared to the same period last year.

Flexjet has quit taking on new customers for its entry-level Jet Card program due to high demand. Net Jet has reported the highest demand for flying in its almost 60-year history. According to FT, it is investing about $2.5 billion in 100 new aircraft.

The push originates from the rich and famous, from Wall Street to Hollywood.

Through October, the 500 wealthiest people in the world added $1.2 trillion to their fortune just this year, according to the Bloomberg Billionaires Index, powered by booming stock markets and central banks flooding economies with new money.

Dozens of new billionaires have spawned in the past 12 months.

Impact on the environment is very much a lesser concern, even for those frequent private jet flyers who profess profound respect for the planet.

The Daily Mail reports the average decent-sized private jet roars through about 380 gallons of fuel, emits two tonnes of CO2 for every hour in flight, and generates an annual fuel bill of about $U.S. 450,000 a year.

According to U.S. aviation manufacturer Honeywell Aerospace, this imprint has not stopped the sales of private jets from also going up, with aircraft manufacturers reporting a definite increase in orders since the pandemic.

The company forecasts that up to 7,400 new business jets will be delivered worth $238 billion over the next decade.

Meaning, elite travel in the future is on a personal journey with their own arrival and departure destinations.

Leaving the rest of us to simply wait in line and wait to board commercial flights.