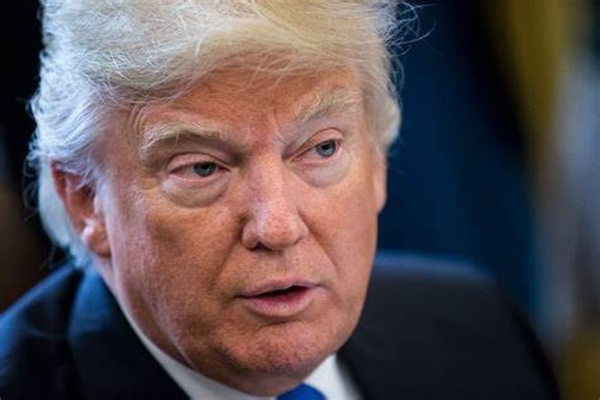 Former President Trump questioned whether the Biden administration actually wants open borders as he visited the Southern border on Wednesday.

“I mean the real question is, do they really want open borders? Or are they incompetent?” Trump asked after highlighting Biden’s failure to secure the southern border.

“There’s only two things, you’re either incompetent or for some reason you have a screw loose and you want to have open borders,” he said.

Trump recalled his administration’s efforts to secure the borders, slowing the flow of migrants coming into the U.S through the series of diplomatic agreements with Latin American countries.

Trump stated that under his administration, the United States border was the most secure in history.

President Biden immediately rolled back many of Trump’s border policies after taking office. Biden did choose to end the highly successful “Remain in Mexico” policy for migrants claiming asylum in the United States.

“We did a hell of a job. And we had it down to really a science, it was down to a point where people just weren’t getting in unless they came in legally,” Trump recalled.

He said there would be no border crisis today if Biden would have just left the tough policies in place.

“All they had to do is go to the beach, if they went to the beach and did nothing, they would be fine,” Trump said.