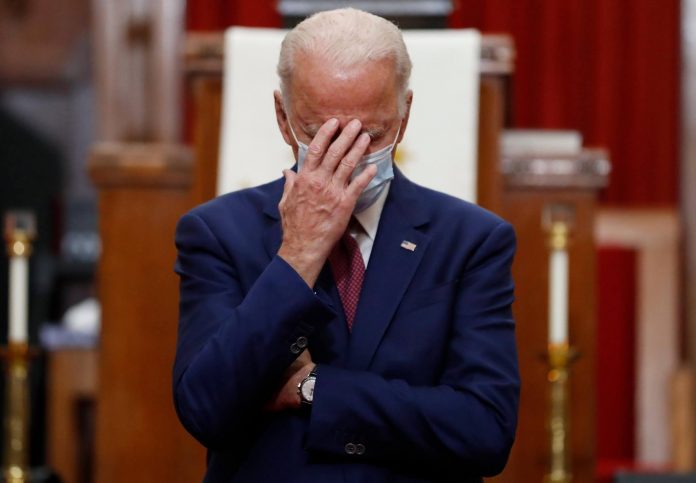 A unique rap song has rocketed to the top of the iTunes hip-hop charts, inspired by the mass humiliation of President Biden.

The song was inspired by the “Let’s Go Brandon!” trend making the rounds since NBC Kelli Stavast interviewed NASCAR driver Brandon Brown following his victory at Talladega Superspeedway in Alabama earlier this month.

During the interview, the crowd could be heard chanting in the background, “F**k Joe Biden”; Stavast claimed to have misheard “Let’s Go Brandon!”

“Brandon, you also told me,” Stavast said before being interrupted by the crowd. “As you can hear the chants from the crowd…” she added, before claiming the group was saying, “‘Let’s Go, Brandon!'”

The phrase spread to merchandise, and it can also be heard chanted during sporting events.

Now the hip-hop version has reached the top in iTunes charts.

Neither NBC nor Stavast has commented on the false claims about the NASCAR crowd.

The establishment media has also tried to protect the president from the court of public opinion.

Newsweek called Stavast a “quick-thinking reporter” they were happy with her “attempted damage control” for Biden, adding she did an excellent job as she “responded to an awkward situation.”

The Independent also praised Stavast’s efforts to reframe the chant. Stavast “makes a smooth save” by mischaracterizing the crowd’s chant in this paper’s opinion. In its lead paragraph, the paper insisted Stavast “made a smooth save on Saturday when a profane chant broke out” at Talladega.

The Hollywood reporters at DEADLINE left no doubt how they felt about the incident and excitedly headlined their article, “NBC Reporter Kelli Stavast Salvages Embarrassing NASCAR Interview With Verbal Dexterity.”