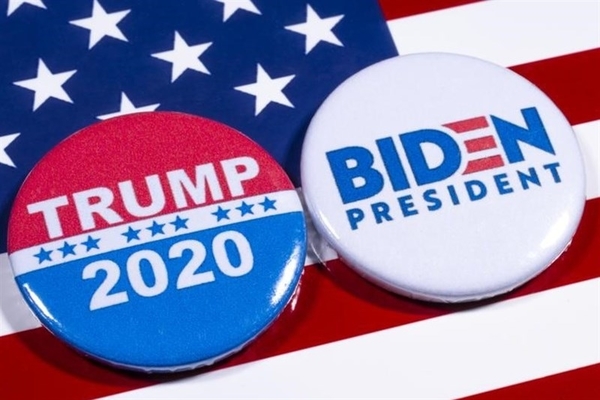 Church Militant has released a documentary that provides information that proves a sizable amount of “election theft” occurred during the presidential election of 2020.

The documentary contains a “deep dive into the 2020 election — exposing several acts of lawlessness and deception that led to Joe Biden’s alleged electoral victory on Nov. 3.”

The nearly 30-minute documentary does not contain speculation or suggestions, unlike the longer documentaries released with more fanfare.

Joe Enders II, the producer, spoke to Big League Politics of his intentions to accomplish with the documentary.

“The 2020 election was riddled with illegality. Election officials changed the rules of the game in ways that disproportionately benefited Joe Biden. Once the American people started pointing it out, they simply lied to them and said it was all legal to save face,” Enders said. “If these actions go unpunished, I’m not sure what will stop them from doing it again.”

“I do not intend to prove Trump won, even though I think he did. I only want to prove if the election was conducted legally that he very well could have,” he continued.

“All I want is the American people to see the institutional failure that was slipped right under their noses. Democracy is fickle, and until our elections are safe – none of us are,” Enders added.

Big League Politics has reported on how the fake news media admitted the conspiracy to swing the vote against President Trump, attempting to normalize the stealing of the election by the power elite:

Time published an article titled “The Secret History of the Shadow Campaign That Saved the 2020 Election,” which brazenly admits that a “vast, cross-partisan campaign” unfolded behind the scenes to do whatever it took to put Joe Biden in the White House.

Integral to the effort was what the article describes as an “informal alliance between left-wing activists and business titans.”

“Their work touched every aspect of the election. They got states to change voting systems and laws and helped secure hundreds of millions in public and private funding. They fended off voter-suppression lawsuits, recruited armies of poll workers, and got millions of people to vote by mail for the first time,” the article says. “They successfully pressured social media companies to take a harder line against disinformation and used data-driven strategies to fight viral smears. They executed national public-awareness campaigns that helped Americans understand how the vote count would unfold over days or weeks, preventing Trump’s conspiracy theories and false claims of victory from getting more traction.”

Amazingly, the article also admits that this “secret history of the 2020 election” does indeed sound like a “paranoid fever dream—a well-funded cabal of powerful people, ranging across industries and ideologies, working together behind the scenes to influence perceptions, change rules and laws, steer media coverage and control the flow of information.” Because that’s precisely what it was! When you complain about it, you’re derided as a “conspiracy theorist.” But when they brag about it, it’s the revelation of a “secret history.”

One of the other lines that stood out the most was that “they were not rigging the election; they were fortifying it.” This is their way of defending themselves as safeguarders of a democracy that’s been under routine assault from Trump and his “henchmen” the past four years. They’re speaking about the exact same phenomenon you were back in November and December; they just see it as a noble enterprise, and no noble enterprises involve “rigging.”