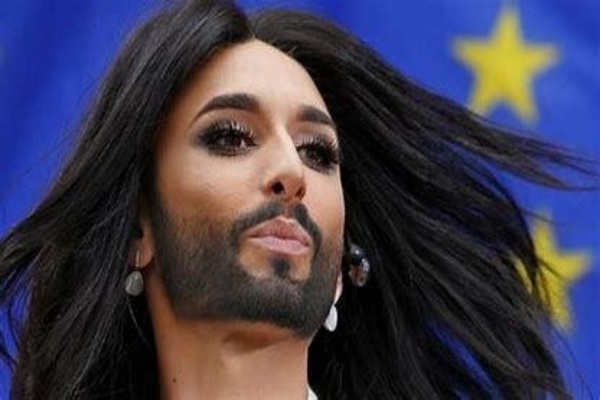 A store owner remained calm as he rejected the demands of a transgender man who initiated a heated argument inside his store.

Seemingly, the transgender man initiated the dispute because the sign inside the store reportedly said, “If you’re born with a dick, you’re not a chick.”

The transgender man insisted he is a woman as he repeated, “transgender women are women.”  He called the store owner a bigot, stating, “I’m living my life the way I want to live it.”

Don Sucher, the store owner, took the sign down when the man arrived, but he refused to surrender his argument.

The sign says, “If you’re born with a dick, you’re not a chick,” said the store owner, adding, “nine out of ten customers come in, and they are on my side of this.”

“Nobody confronts your ass because you know what, they’re afraid they’re going to hurt your feelings,” the store owner said.

“Do you know how many people you have embarrassed at city hall?” he said to the man. “You’re nuts. You’re not a woman. You don’t look like a woman, you don’t act like a woman … You are an asshole.”

“Do you think there is one person that really thinks you are a chick? … Nobody confronts you, that’s the problem,” he said.

The transgender man insisted the store owner victimized him after he initiated the argument. “You’re harassing me … I’m trying to leave,” he said.

“I’m confronting your ass because nobody does,” the owner said.  “You’re embarrassing the whole community … You said you’re a chick, and you’re not.”

“Are you just going to check my ass out?” the man said as he walked away. “Stop staring at my ass.”

Rarely the transgender dispute is public, partly because the establishment media rarely challenges the claims by transgender activists.

Transgender activists demand the federal government use police power to enforce their transgender argument on Americans. They claim children and adults should be allowed to change their legal sex by simply declaring the other “gender identity” without behavioral changes or cosmetic surgery.

For example, in June, an argument made by an American woman who was appalled by a naken man being allowed in a women’s spa in Los Angeles was ignored by establishment media:

Something has got to be done. This is not fair. It is not right. We as women have rights to be safe in public spaces, and they are being violated by men going into women’s spaces, claiming to be women to gain access, so that they can exercise their perversions.

Likewise, in 2019 the establishment media ignored a woman’s speech outside the Supreme Court; she argued that the transgender claim threatens children:

It is the right of all women to speak publicly and be able to petition our government for the redress of our grievances and be able to participate openly in the public sphere. I have seen numerous women banned from social media for pointing out that gender transition treatments leave children sterile for life at ages where they can’t possibly consent to such permanent decisions. But a generation of quirky, stereotype-rejecting kids — many of whom would grow up to identify as lesbian, gay, or bisexual, many of whom are autistic — are being sterilized as minors now.

The “transgender” label is used by people who want to live as members of the other sex.

The most crucial transgender group is the older and often high-testosterone heterosexual men who are sexually entranced by images of women. This viewpoint is dubbed “autogynephilia.”