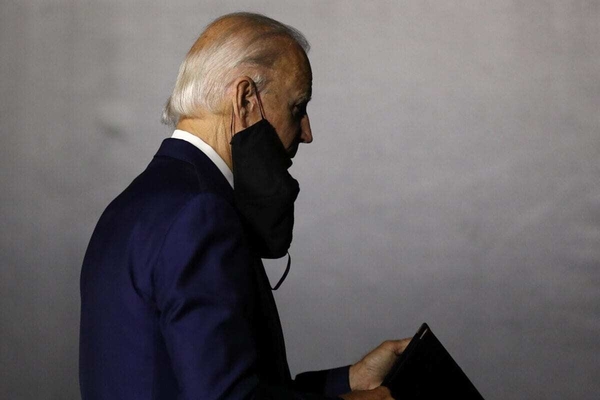 Larry Elder (R), a conservative radio host who is currently running for election in the California recall election, welcomes the prospect of President Biden campaigning for Gov. Gavin Newsom (D) in the recall election in an interview with Breitbart News.

On Friday, VP Harris – a former Senator from California – will campaign with Newsom in the San Francisco Bay Area.

(Newsom has reciprocated the support by telling reporters that he is “incredibly proud” of Biden, even after the Afghanistan disaster began to unfold.)

I’ll believe it when I see Joe Biden come here. I’m not sure he’s going to. I understand he’s supposedly going to come here to campaign on behalf of Gavin Newsom. His popularity now is in the low forties — I think I saw 41%. Most Americans don’t even believe he’s home — that somebody else is in charge. So it’s going to backfire. But let him bring it in. Let him have him come in, and try to defend Gavin Newsom’s record on crime, and on homelessness, and on the outrageous cost of living, and on the way he ignored science and shut down the state to the point where a third of small businesses are gone forever. Let Joe Biden make that case for him. I want him to come here. Let him do it. And out of all the major political figures in America, Gavin Newsom’s one of the few who’s praised the way he handled the Afghan crisis. And it has been a disaster after a disaster, one of the worst foreign policy mistakes America has ever made. So if Joe Biden wants to come here and lend his presence to California, I welcome that opportunity. But I don’t believe he’s going to do it.

Elder said the same about Kamala Harris, noting she had bragged about her support of Biden’s Afghanistan policy. “It’s a debacle. It’s a debacle on the border — she was supposed to be in charge of the borders, too,” he noted.

Elders stated there was a “good chance” voters are angry with Biden’s mismanagement of the withdrawal would turn out to vote against Gov. Newsom as a statement of disapproval against the Biden administration. He commented on the strong support among Latino voters for Newsom’s recall, noting it was ” “primarily because of school choice” and the rise in crime.

“Hispanics are tired of being taken for a ride,” Elder said. “They want choice … and they’re aware the teachers’ union are the biggest impediment to that. … Hispanics are rethinking their allegiance to the Democratic Party, and I think blacks are, too.”