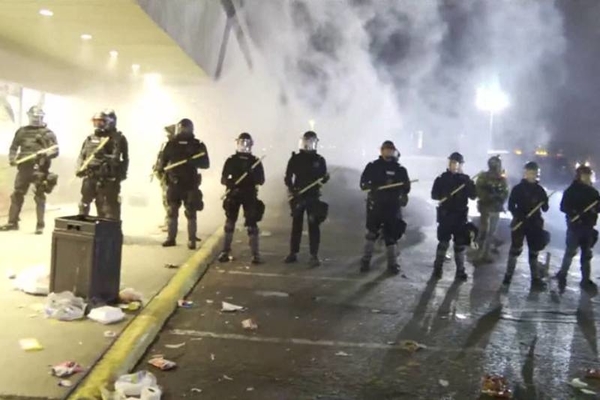 Dozens were arrested in a Minneapolis suburb on the second night of riots and looting.

On Monday night, as riots continued for a second consecutive night in a Minneapolis suburb, dozens were arrested. A man was shot and killed by a police officer who used her pistol instead of a taser.

Crowds defied a 7 pm curfew, but at least 40 violent demonstrators were behind bars in Brooklyn Center by the end of the night.

Dozens of gunshots can be heard on video from the second night of unrest; other footage showed a crowd ransacking a dollar tree.

Five businesses were ransacked throughout the unrest, including a liquor store, a Target Express, an Auto Zone, and a shoe business. According to Minnesota’s Operation Safety Net, a group of law enforcement officers tasked with protecting Minneapolis during the George Floyd trial.

Daunte Wright, 20, was shot dead by 26-year veteran officer Kimberly Potter. An accidental shooting after she drew her pistol instead of her taser. Body camera footage shows the struggle. Potter can be heard yelling, “Taser! Taser!” before striking him with gunfire.

“Holy s—. I shot him,” Potter can be heard saying.