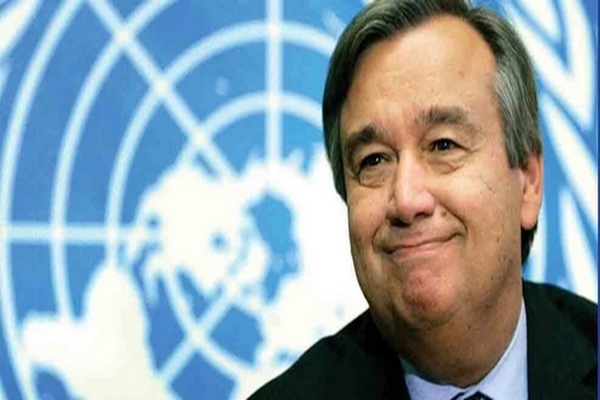 The United Nations is calling for $600 million to help Afghanistan, warning of a humanitarian crisis in the wake of the Taliban takeover.

The U.N. assured potential contributors that disbursement of funds to those Afghans in need had been guaranteed in writing by the Taliban.

Guterres says “recent developments” have increased the vulnerability of Afghans who have already been facing decades of deprivation and violence.

The veteran Portuguese socialist stressed that one in three Afghans don’t know where their next meal will come from, the poverty rate is “spiraling,” and essential public services are nearing collapse. A severe drought is jeopardizing the upcoming harvest, and hunger has been rising.

The U.N.’s World Food Program will be a primary beneficiary of funds collected on Monday during a conference in Geneva, Switzerland.

Along with its partners, the U.N. is seeking $606 million for the next three months to help 11 million people while working with the Kabul government to deliver an “inclusive” Islamic regime.

Last week Breitbart News reported Guterres hopes for the U.S. and the Taliban to work as one.

“We need respect for human rights, women and girls. Terrorism must have no base in Afghanistan to launch operations in other countries, and the Taliban must cooperate in the struggle against drugs,” Guterres said.

He said Afghanistan must be governed “in peace and stability, with the rights of the people respected.”

Guterres added that the Taliban wants recognition, financial support, and sanctions to be abolished as it strives to create an Islamic government.

“That gives a certain leverage to the international community,” he said, adding that “an economic collapse situation which could create appalling humanitarian consequences” must be avoided.

Since the withdrawal of U.S. troops, the first large-scale departure took place last Thursday; an estimated 200 foreigners, including Americans, left Kabul with permission from the Taliban.

Many thousands of Afghans are desperate to get out; they fear what Taliban rule might hold.

The Taliban has repeatedly stated that foreigners and Afghans with proper travel documents could leave.  Their assurances have been met with skepticism; many Afghans have not been able to obtain specific paperwork.