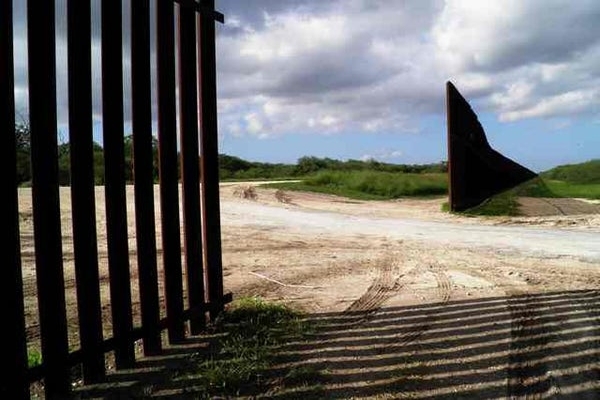 Homeland Security is considering resuming the construction of the border wall.  President Biden halted construction by executive order in January.

In a conversation with ICE employees last week, Mr. Mayorkas was asked about his plans for the wall. He said that while Mr. Biden has canceled the border emergency and halted Pentagon money flowing to the wall, “that leaves room to make decisions” on finishing some “gaps in the wall.” [Emphasis added]

Mr. Mayorkas, according to notes of the ICE session reviewed by The Washington Times, said Customs and Border Protection, which oversees the wall, has submitted a plan for what it wants to see happen moving forward. [Emphasis added]

“The president has communicated quite clearly his decision that the emergency that triggered the devotion of DOD funds to the construction of the border wall is ended. But that leaves room to make decisions as the administration, as part of the administration, in particular areas of the wall that need renovation, particular projects that need to be finished,” he said. [Emphasis added]

One of Biden’s first acts as president was to halt the construction of the border wall.  This act is under investigation from the Government Accountability Office (GAO).  American taxpayers are spending $6 million a day due to Biden’s decision to halt construction.

Biden’s halt to construction has killed 5,000 construction jobs as well as other jobs in the steel, concrete, and technology industries, according to former Customs and Broder Protection (CBP) Director Mark Morgan.

Last month, more than 170,000 migrants were apprehended at the U.S-Mexico border.  The highest level of illegal immigration in any month in the previous 15 years.