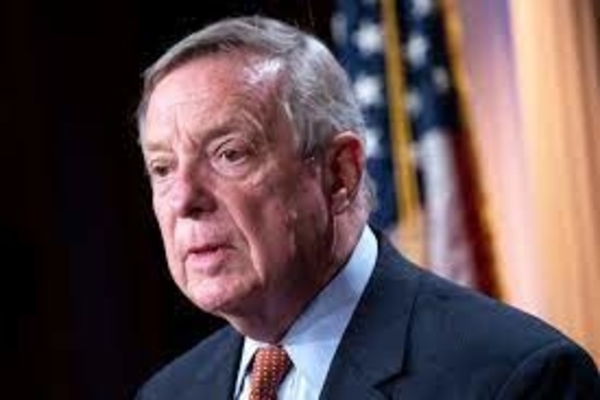 Durbin voiced his support for a cease-fire but made it clear that he “couldn’t disagree” more with the policies of Israel Prime Minister Benjamin Netanyahu “when it comes to the treatment of Palestinians.” The Democratic lawmaker from Illinois added he believes a “two-state solution is the only realistic future” in the Middle East.

“Twenty-eight of us signed a letter just a week ago that John Ossoff started calling for this cease-fire. I was glad to join it. I can’t understand why there weren’t more, even Democrats, who joined on to a call for a mutual cease-fire to put an end to the death and killing that’s going on in this situation,” Durbin emphasized. “And let me tell you, there’s two things I’d like to make very clear. First, I couldn’t disagree more with the policies of Bibi Netanyahu when it comes to the treatment of Palestinians and the establishment of settlements. I think the two-state solution is the only realistic future in that part of the world, and the abandonment of that approach by Netanyahu and his followers, I don’t believe, is constructive, and I think has added to the tension and stress between Israel and the Palestinians. That’s the reality, and I am certainly not going to endorse Netanyahu.”