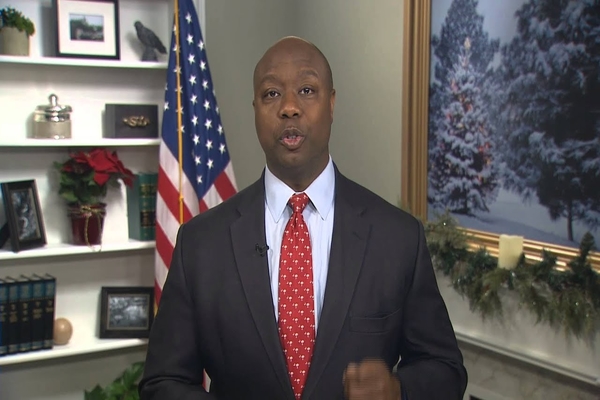 Tim Scott, a black U.S. Senator from South Carolina, shows the racism in the Democrat party.

During his brilliant rebuttal on Wednesday night, Scott smoked these racist mounters out and proved the racism is very much a part of the Democrat party’s DNA through the simple act of stating the truth. The DNA stretches back to the creation of the Jim Crow South to stop a Republican president from taking away their slaves by going to war if necessary.

“Hear me clearly,” Scott said. “America is not a racist country.”

Democrats took direct aim at his skin color instead of addressing the substance of his argument. For house, “Uncle Tim” – a play on the slur “Uncle Tom” – was allowed to trend on Twitter.

Cable news anchors smeared him for throwing “white Republicans” a lifeline, which is just a dog whistle screaming “Uncle Tom.”

Democrat’s grotesque display is a reminder of just how far they and their allies in Big Tech and Big Media are willing to go to keep black people in line.

Today’s terrorist weapon held by Democrats is no longer a burning cross (Democrats founded the KKK). Instead, Democrats and Big Tech, Big Media, and entertainment corporations use smear tactics and racist bullying campaigns.

Supreme Court Justice Clarence Thomas is such a threat to Democrats that for 30 years, smeared by one of the most racist stereotypes of all: the scary black predator. Over his support for former president Trump.

The disease of racism has never left the Democrat party. It’s still there and as toxic as ever. Scott accurately describes it as “liberal oppression.” Think about this, because I’m sure Scott has: it is modern-day Democrats who:

“I get called ‘Uncle Tom’ and the N-word, by progressives, by liberals!” In his Wednesday night speech, Scott said, and within minutes Democrats were attacking him as “Uncle Tim,” Twitter was promoting it, and today no one has paid any kind of social or professional price for these overt acts of racism.

The only “systemic racism” remaining in this country comes directly from the Democrat party.