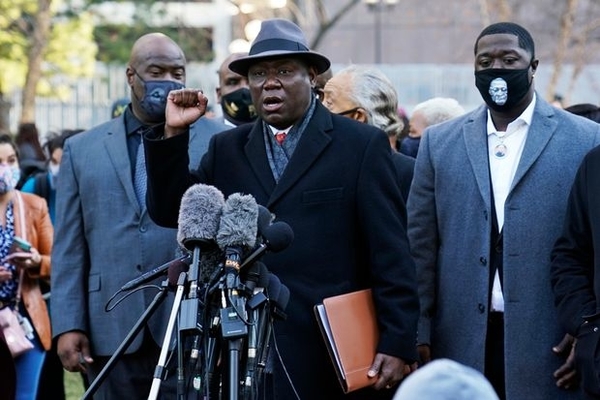 Monday, CNN political commentator Van Jones said America would be in a “dangerous position as a country.” While on CNN’s Cuomo Prime Time if Derek Chauvin, former Minneapolis police officer, is not found guilty of killing Geroge Floyd.

VAN JONES: Look, I mean, everybody I’m talking to is – are frustrated, retriggered, re-traumatized, seeing that video, seeing the complete contempt for life. You have a generation of African Americans, and their allies, I’m talking about this entire young generation that is watching this to see if America is it – listen, the system is on trial here.

The system is on trial. And I can tell you, people have tried to push away from this, move on from this, today brought it all back home, for tens of millions of people.

So this was a – I think today was a – was a brutal day for the people, who were able to watch. A lot of people weren’t even able to watch. They said, “I just can’t even put myself through this again.”

CUOMO: And who knows that it was even 30 seconds longer? Almost 45 seconds longer than we – you know? We all went with 8:46. You see it, and it hurts.

CUOMO: And you believe we got to be better than this. And time and time again, you see in trial there. Elliot disagrees with me. Better legal minds do. And I’m happy. I think this is a case that is not as easy to make, as people expect. If you get one juror to believe that the amount of drugs in his system may have contributed to what happened to him that day, it could be over. What would that mean?

JONES: Well, I mean, I think it’d be terrible.

Look, I’m an older guy. And I was born in ’68. I was in law school when Rodney King went down. And that was the first time we had seen a videotaped beating that the whole world saw.

Back then, videotapes, you know, we barely saw a video camera off of a movie set, maybe at like the Thanksgiving dinner or something that we might bring one out.

To have a videotape-beating, where we could finally say “This is what’s been happening in the community,” and when they came back with the initial verdict, that it was OK for Police officers to do this, I mean, you lost a whole generation, including me.

I went to the left side of Pluto, after that. I said, “I cannot be a part of” – I was – I was studying in law school. And I’m saying “This is not liberty and justice for all. What is this?”

Now, this is a different precipice, we’re hanging over now, because you now have an entire generate – and it’s not just African Americans, it’s all of our allies. A part of what happened with the election, in 2016. You had the suburbs move away, from this negative racial politics, as well as Black people coming out in record numbers.

This is the system on trial for a generation. And listen, you can ask any of the people, who have been marching out here, in the middle of the Pandemic, this is going to be with – there will be half a billion people watching when the verdict comes out.