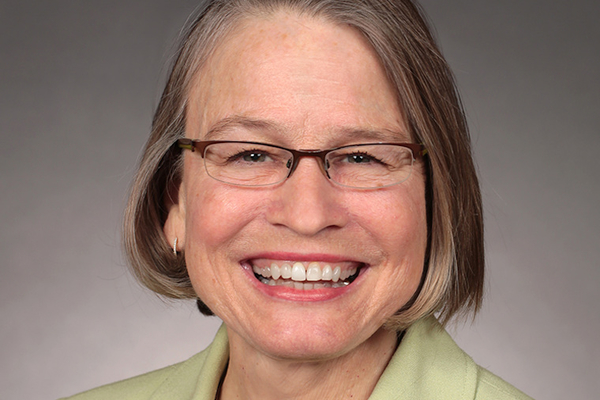 Miller-Meeks stated her opponent is asking the Democrat-majority House Committee on Administration to overturn the election results.  In Iowa’s 2nd Congressional District, 394,439 people cast votes in the 2020 election. Ultimately, Miller-Meeks won by six votes.  Hart argues that the 22 Democrat ballots that were deemed illegitimate should have been counted. Therefore, she would win the election.

“What my opponent’s campaign did was avail themselves to a provision of the Constitution that says Congress will seat its members, and appeal to the House Committee on Administration to overturn the election based upon 22 ballots that … in all likelihood would have been rejected by Iowa courts,” Miller-Meeks commented. “That takes it from a campaign election process with an election law to a political process, and it’s a partisan political process.”

Hart is asking the Democrat-majority House of Representatives to overturn the certified election results, reported by the Des Moines Register:

But Hart has claimed in a petition filed to the U.S. House of Representatives that 22 legally cast ballots were not counted and could have swayed the outcome of the race. She is asking the Democrat-controlled body to weigh in on the contest and determine its outcome — a move that has drawn the ire of Republicans who argue the issue should be settled in the Iowa courts.

Miller-Meeks remarked, “So basically, what my opponent is now doing is asking the Democrats who are in control of Congress to overturn an election that was duly certified duly recounted — the election was counted, recounted, certified — and to toss all that out in favor of her.”

“When the 24 counties in Iowa’s 2nd Congressional District had their official county campus, which is one week after the election, I was still declared the winner,” she remarked. “I was still ahead, and then our opponent requested a recount in Iowa.  There are recount boards in every county. Each candidate gets to pick a person, and then they’re supposed to agree upon a third person, and if they don’t agree upon a third person, then it’s appointed by the district judge.”

She continued, “It was made known to us right away that our opponent’s representative on the recount board was not going to agree to anybody we put forward, even when we suggested, in some counties, someone from the county auditor’s office — that we didn’t even know — be the third person, and my opponent disavowed that. Nonetheless, throughout this recount process and  everything that went on, I still came out ahead by six votes.”

“The ballots are looked at in accordance with Iowa law, and so all of the legal ballots were counted,” she added. “All of those ballots were put in place. I was still ahead at every single juncture. I was ahead of my opponent, and so then, at the end of November, I was certified the winner of that election by a bipartisan — three Republicans, two Democrats — executive council, one of whom is our state auditor who is a Democrat.”

She went on, “At that juncture, my opponent could have asked the Iowa courts to look at any ballots that they were concerned about. They did not do that. They did not avail themselves of that opportunity, and we think they didn’t because they would have lost in a court and an Iowa court.”

Twenty-Two votes that have been repeatedly deemed illegitimate by Iowa are what Hart’s campaign and legal ream ask House Democrats to count.

Hart’s campaign is being represented by Marc Elias, attempting to overturn the certified election results of Iowa’s 2nd Congressional District.

“If Mark Elias and Rita Hart wanted these ballots to be determined to be legitimate ballots, or if they thought there were irregularities, they should have gone to Iowa courts to ask the court to intervene and intercede,” Miller-Meeks said, “but they didn’t do that, and there’s a reason they didn’t do that. There’s a reason they went from an election law process to a partisan political process.”

Miller-Meeks warned of national implications of the overturning her win and installing her opponent as the representative for Iowa’s 2nd Congressional District.

She continued, “My opponent could have appealed to the courts in Iowa, and she bypassed that to then ask Congress to overthrow those certified election results, and she deliberately … skipped over the Iowa courts because she knew she would lose in Iowa courts, and then it would have been worse for her appealing to the House Committee on Administration if the court had not ruled in her favor.”

“It sets a bad precedent because if Congress is going to over overturn elections,” Miller-Meeks concluded, “Then what hope is there for any of us? It’s not just an Iowa thing. It’s not about me personally. This has ramifications for all of us and in every state.”

The Speaker of the House, Nancy Pelosi (D-CA), told Breitbart News that she is “open to a ‘scenario’ in which the Democrat-run House of Representatives would overturn a close Republican win.”