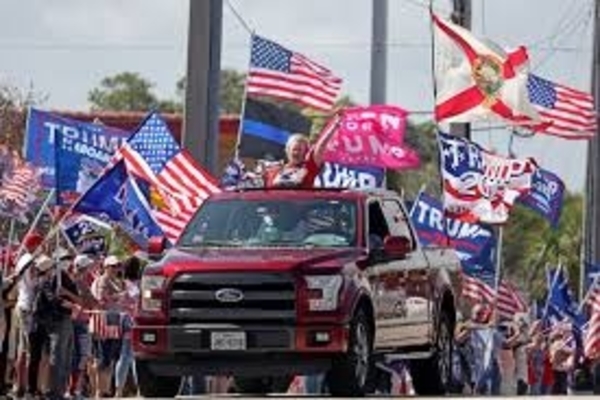 Former President Trump did not indicate his plans to run for president again in 2024 in an interview with Newsmax host Greg Kelly.

“I’m looking at poll numbers that are through the roof. … I’m the only guy that gets impeached, and my numbers go up,” he continued. “Figure that one out. … Typically, your numbers would go down. They would go down like a lead balloon.”

Trump was pleased with the crowd that gathered in Palm Beach to support him on President’s Day.

“It grew out of nothing, and it was thousands and thousands of people,” he said. “There’s tremendous love and tremendous spirit in this country.”

“The whole MAGA movement, call it MAGA, call it whatever you want, call it America First as opposed to America last,” he said.

“The Republicans are soft. They only hit their own like Mitch. They hit their own,” he said. “They don’t hit — if he spent the same time hitting Schumer and Biden, they would be much better off. That, I can tell you.”