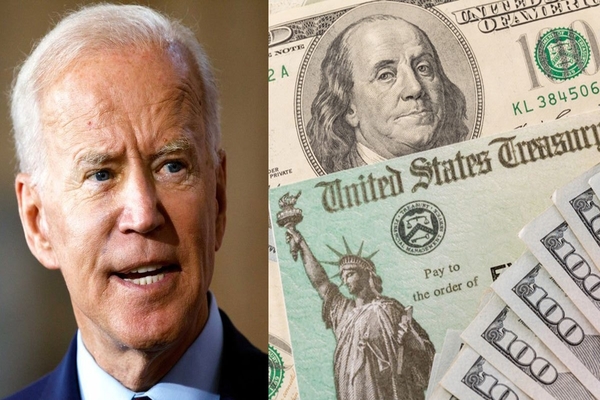 ABC News reports 25-year-old Malik Halfacre allegedly argued with his girlfriend over the check then shot and killed four people ages “7, 23, 35, and 44.”

One adult woman, who was also shot and hospitalized in critical condition, identified the suspect as her boyfriend, Milak Halfacre.  She told police Halfacre had left the residence after the shooting with the couple’s six-month-old daughter.

The daughter was found the next day at Halfacre’s sister’s house; law enforcement was notified that Halfacre’s friends allegedly assisted him in hiding. Police found Halfacre “in an attic of an Indianapolis home,” where he was arrested

Halfacre allegedly told police he and his girlfriend “were arguing because he wanted some of her stimulus check.”

According to the affidavit obtained by ABC News, Moore took the money and his girlfriend’s purse when he left.

Halfacre’s wounded girlfriend sought help from a neighbor Saturday night after Halfarce fled the scene with an infant.

The neighbor identified the wounded girlfriend as Jeanettrius Moore. Moore works at a beauty supply store to support her two daughters. The neighbor said Moore told her that “her baby daddy shot her. And he shot her, her mother, and the kids. She said she was the only person who got away.”

According to the affidavit obtained by ABC News, Moore took the money and his girlfriend’s purse when he left.

He was booked in the Marion County Jail and charged with murder, attempted murder and robbery.