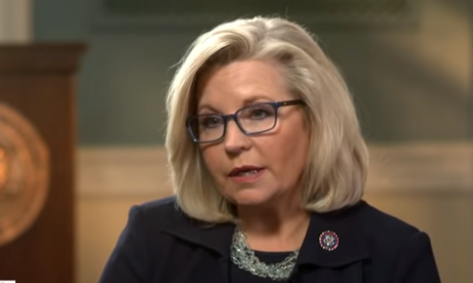 Sunday on ABC’s broadcast of This Week, Rep. Liz Cheney (R-WY) said there was “no question” that another attack like the Capitol riot in January was possible due to claims the election was stolen from former President Trump.

Cheney was ousted from her GOP leadership post last Wednesday after a majority of the caucus became angered with her anti-Trump stance.

Referencing Rep. Elise Stefanik (R-NY), Jon Karl asked, “What does it say about the party choosing somebody to replace you who was effectively chosen by Donald Trump? It’s saying what he’s been saying. Those very lies that you have been talking about.”

Cheney said, “I think it’s very dangerous. I think that we have to recognize how quickly things can unravel. We have to recognize what it means for the nation to have a former president who has not conceded and who continues to suggest that our electoral system cannot function, cannot do the will of the people.”

Karl asked, “When you say dangerous, dangerous, how? Are you suggesting January 6th could happen again or something worse?”

Cheney said, “I think there is no question. We’ve now seen the consequences. We’ve seen how far the president, the — President Trump was willing to go. We’ve seen not only his, his provocation of the attack, but his refusal to send help when it was needed, his refusal to immediately say, ‘stop.’ And that in and of itself, in my view, was a very clear violation of his oath and of his duty.”